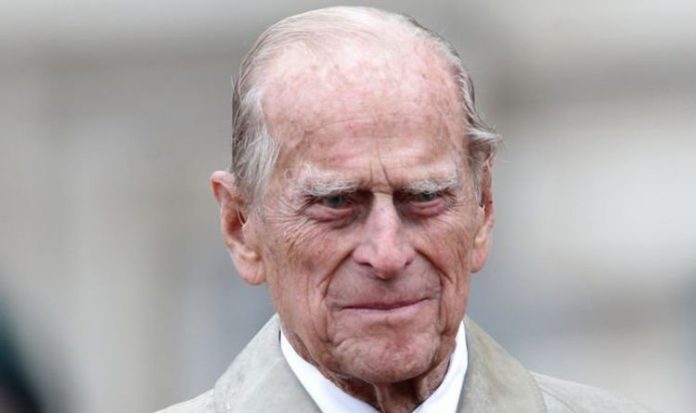 Philip is the longest-serving and oldest prince consort in British history. He celebrated his 99th birthday in June, but only retired in 2017 at the age of 96. His dedication to the monarchy has been admirable throughout his decades of service and, as the Queen described him, he is the monarch’s “strength and stay”.

However, royal biographer Ingrid Seward explained in her new book ‘Prince Philip Revealed’ that the senior royal was not just driven by his royal duty, but his thirst for knowledge.

She writes: “Prince Philip has been fortunate enough to dedicate his spare time to the pursuit of knowledge, and to enjoy his life while doing so.”

She explained that he has stubbornly refused to “give in to illness or infirmity” so that he can relish his “final opportunity to understand what he had not understood before”.

In his retirement, he has turned to reading and to going through the “archives of his life”, organised by his loyal archivist.

Interestingly, she noted: “I don’t think he has been afraid of death or afraid of life.

“His fear has been to leave things undone.”

Philip’s passion for life has been well-documented over the years, and is evident in his enthusiasm for conservation with WWF, his establishment of the Duke of Edinburgh awards and his success in the Royal Navy.

However, he has always been humble and dismissive of his own achievements.

Ms Seward recalled that, more than five decades ago, Philip was asked what he would like to be remembered for.

He said: “I don’t think he has let up. I’ve watched it over the years. And he keeps up this incredible pace.”

Mr Parker added: “I only hope the UK shows its gratitude for what he has done, for the constant flogging up hill and down dale and around the world… and never really stopping.”

When Philip was still working into his Nineties, his increasingly frequent health scares had royal fans concerned.

Back in 2012 when Philip was 91, royal commentator Christopher Wilson noted in the Daily Mail that such scares only proved his dedication to the crown.

He explained: “There can be no denying that the relentless pace of Prince Philip’s life has contributed these past few months to a succession of health scares which had alarmed his family, and, at the same time, prompted the nation to review their opinion of someone so often unfairly pigeon-holed as a curmudgeon capable only of producing his famous gaffes.”

Philip has spent the majority of his retirement in the Sandringham estate, after reuniting with the Queen to spend lockdown together in Windsor Castle.

‘Prince Philip Revealed: A Man of his Century’ by Ingrid Seward was published by Simon and Schuster in 2020, and is available here.