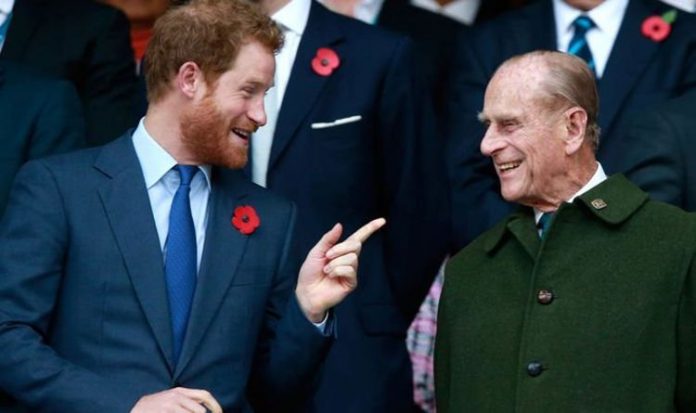 Prince Philip’s view on Meghan and Harry is believed to have changed after the Sussexes abruptly decided to step down as senior royals, royal biographer Ingrid Seward has claimed. The Duke of Edinburgh was initially very keen on welcoming the Duchess of Sussex into the royal fold.

The author of Prince Philip Revealed told Vanity Fair: “Philip welcomed Meghan at the beginning, he knows what it’s like to be an outsider, and so he’s always very supportive of people marrying into the family.

“He quite liked Meghan at first, but their actions have left a bad taste and as a consequence the relationship with Harry has suffered.”

The Sussexes announced via an Instagram post published in early January their intention to carve out a new role for themselves within the Royal Family, which would give them the freedom to work, live abroad while also continuing to carry out a few royal visits.

The Duke of Edinburgh, Ms Seward noted, is considered a key decision-maker within the royal household when it comes to family matters.

When he felt it necessary, Prince Philip had provided his advice to Meghan and Harry – but felt his offer had been ignored.

Ms Seward said: “Philip’s way is that he says his bit, and then steps back from the situation because he doesn’t like to interfere.

“It was up to Harry and Meghan to listen but they didn’t and Philip has always been very protective of the Queen so if anyone upsets her, they upset him too.

Prince Philip is very protective with the Queen, an expert said (Image: GETTY)

“His mantra is the monarchy comes first, second, and third.”

The Duke of Edinburgh, Ms Seward continued, also “simply cannot understand” how his grandson could decide to abandon his royal life of duty and service to the Crown.

Prince Philip has been one of the hardest-working members of the Royal Family for six decades, carrying out engagements and royal visits across the Commonwealth with both the Queen and alone.

Prince Philip and the Queen at Meghan and Harry’s wedding (Image: GETTY)

Upon the death of King George VI in 1952 and the following coronation of his wife, the Duke of Edinburgh had to give up his career in the Navy to become a full-time working royal.

Ms Seward said: “Philip simply cannot understand how Harry has behaved the way he has done.

“His grandson’s behaviour is completely alien to him so not unnaturally the relationship has suffered.

“Don’t forget this is a man about to turn 100 who has devoted 68 years of his adult life to supporting the monarchy, and this has been a great shock.”

Following this reported disappointment, Prince Philip stopped getting involved in discussions surrounding the future of the Duke and Duchess of Sussex.

Prince Philip and the Queen married in 1947 (Image: EXPRESS)

Prince Harry spoke with the Queen, Prince William and Prince Charles about the terms of his and Meghan’s exit as full-time working royals during a meeting at Sandringham in September.

The Duke of Edinburgh was not at Sandringham House during the meeting.

According to Ms Seward, the Queen had asked a family friend, Penelope Knatchbull, to drive her husband away from the centre of the discussions to shield him from the chaos.

In her book, the author wrote: “The Queen refused to allow their shenanigans to get to her husband.

“So, when she called an emergency summit at Sandringham on January 13, attended by her son the Prince of Wales and grandsons Prince William and Prince Harry, as well as their senior advisors, she asked one of her house guests, Countess Mountbatten, to drive him away from the house at least for the duration of the meeting.

“While they sat in the long library on the ground floor and thrashed out a solution that would allow Harry and Meghan their freedom without bringing the Royal Family and the Crown into disrepute, Philip remained out of the way.

“Buckingham Palace later released an unusually personal statement from the Queen saying that the family were entirely supportive of Harry and Meghan’s desire to create a new life as a young family.”