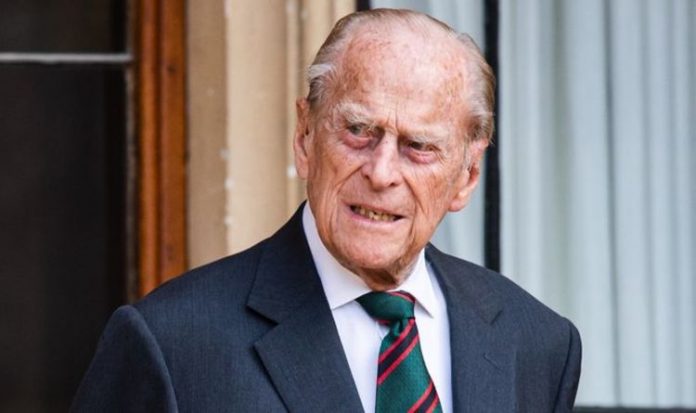 A new biography about Prince Philip is due to be published by lifelong royal commentator, Ingrid Seward. The book, ‘Prince Philip Revealed: A Man of His Century’, seeks to give insights into the Duke of Edinburgh’s vital role in the monarchy. Royal expert Camilla Tominey discussed the revelations regarding the royal’s reaction to Prince Harry and Meghan Markle’s resignations on ITV’s This Morning.

She told viewers of the book: “I’m not sure how involved he’s been but I think the people around him have spoken to Ingrid Seward.

“She’s put together a biography which actually has a very interesting line in it about how Prince Philip felt about Megxit.

“I’m sure you guys and This Morning viewers might not be surprised at the news that Prince Philip wasn’t particularly happy about any of it.

“You may remember that when Harry went up to Sandringham to meet with the Queen, Prince Charles and Prince William for that summit, Prince Philip was conspicuous by his absence.”

Ms Tominey continued: “That was seen as a sign that he probably wasn’t particularly impressed with the idea.

“I think he thinks of Harry and Meghan as a couple which were given every opportunity to thrive within the Royal Family, and turned their back on it.”

The book alleges that the Duke of Edinburgh thought his grandson had “abdicated his responsibilities for a life of self-centred celebrity”.

Ms Tominey stressed that it isn’t known whether these were the Prince’s words directly or those that have been attributed to the people around him.

She told This Morning: “Either way I don’t think that we’d be surprised that a man of Prince Philip’s generation, considering everything that he sacrificed in order to walk a couple of steps behind his wife for the entirety of her reign, gave up his military career and all the rest of it to effectively serve Queen and country, might be a bit disappointed by the idea of his grandson and his wife seeking financial independence in another country.

“I think that they’re people of their generation who think that you should put duty first. Whether people agree with them on that, remains to be seen.

“But also there’s a family story here and they are very saddened that Harry is no longer in the country, that they can’t see him and they can’t see their youngest great-grandchild, Archie.”

After Meghan and Harry announced that they would be stepping back from their roles, senior members of the Royal Family met at Sandringham to thrash out the couple’s future.

Prince Charles, Prince William and the Queen were present with Prince Harry.

Meghan, who was still in Canada with their son, Archie, was reportedly supposed to call into the conference, but didn’t end up doing so.

After the meeting, the Queen released a statement granting her full support to the Sussexes as they forged their new life.