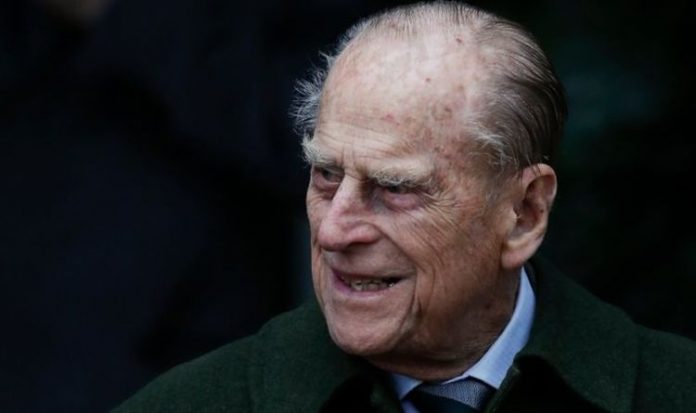 Royal author Ian Lloyd claimed the Duke of Edinburgh, 99, would have been “very disappointed” with Meghan Markle and Prince Harry’s departure from the Royal Family. He added that Philip’s “focus in life is to support the monarchy” despite never having a “starring role”.

The Duke, who celebrates his 100th birthday in June, retired at the age of 95 after decades of supporting the Queen and an impressive 22,219 solo engagements.

Mr Lloyd, whose new book The Duke: 100 Chapters In The Life Of Prince Philip is out next week, told The Telegraph: “Prince Philip will have been very disappointed because his focus in life is to support the monarchy.

“He would have been very saddened that the younger royals don’t see it that way.

“He’s never been head of his own family and he’s never had a starring role.

“I think he found it hard – but he did try to adjust.”

The Duke and Duchess of Sussex are living in California after quitting as working royals.

Ex-Suits star Meghan, 39, and Harry, 36, shared bombshell plans to step back as senior royals in January 2020.

The couple are living in an £11 million mansion in California with their young son Archie.

Their new careers in the US include lucrative deals with Netflix and Spotify to make shows and podcasts.

Former actress Meghan and Harry have also launched the website for their non-profit organisation Archewell.

The Megxit arrangements are due to be reviewed after 12 months.

It is thought the intention was to leave a way back for Meghan and Harry if they want to return to the royal fold, however, this looks unlikely.

Harry is understood to be planning to travel to the UK on his own in the summer for a number of key royal events including Philip’s 100th and Trooping the Colour, which will officially celebrate the Queen’s 95th birthday.

If he does, it will be the first public reunion of the Royal Family since Megxit.