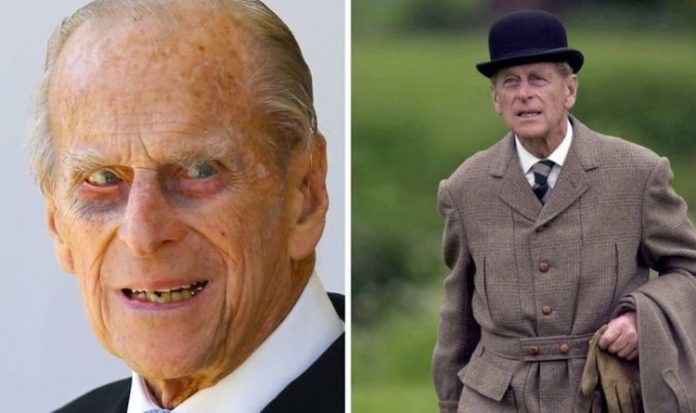 The 99-year-old has remained steadfast in his desire to remain a “reluctant celebrant” for occasions marking milestones in his life, with his desires only heightening in the years since his retirement. The Duke moved away from senior public life in 2017, and has since spent the past four years enjoying his new, quieter life, away from the spotlight. Those closest to him maintain that he wishes to remain in the background, even as Buckingham Palace continues its plans for his record-breaking 100th birthday in June.

Philip is already the longest serving consort of a reigning monarch in the UK, while he is also the oldest ever male member of the Royal Family.

At the time of his retirement, he had completed an incredible 22,219 solo engagements, since his wife the Queen ascended the throne back in 1952.

But despite his achievements, Philip wants to continue his retirement in peace, and an insider claimed last year that regardless of the Palace’s plans for his birthday, “you can’t do something if someone doesn’t want something doing”.

They added: “But we might get short shrift. The one person you can guarantee will not want anything to do with it is the Duke.

“He’s retired, he’s stepped back, he doesn’t want the fuss. You can’t blame him really.”

In similar comments, Philip himself appeared to back this up by when he commented on his mother-in-law, the Queen Mother, turning 100 in 2000.

According to the Telegraph, Philip – then 80 – argued he “couldn’t imagine anything worse” than reaching the same age, adding: “Bits of me are falling off already.”

His desire to “not want the fuss” will heartbreakingly no doubt still be in the forefront of his mind, as he continues his two-week stay in hospital.

JUST IN: ‘In bad taste!’ Meghan and Harry told to postpone Oprah interview

The 99-year-old’s health issues have seen him move from London’s King Edward VII Hospital to St Bartholomew’s Hospital, where he is currently undergoing tests and treatments.

Initially, the Duke was taken into hospital on February 16, on a precautionary basis after feeling unwell.

Yesterday, Buckingham Palace added in a statement that Philip “remains comfortable” and “is responding to treatment, but is expected to remain in hospital until at least the end of the week”.

Since then he has been visited by his son Prince Charles, who made a 200-mile round trip from Highgrove to visit the Duke last month.

Other members of the Royal Family have, however, rallied around Philip, including his grandson Prince William, who said the Duke was doing “OK”, while his youngest son Prince Edward said his father was feeling “a lot better” and “looking forward to getting out”.

This is the longest period of time the Duke has spent in hospital, but doctors are “acting with an abundance of caution”.

Philip’s hospital move came just hours after the release of a clip featuring grandson Prince Harry and wife Meghan Markle speaking to Oprah Winfrey in their much hyped interview.

Described as “nothing being off limits”, CBS’ two-hour chat with the couple is expected to be broadcast this weekend.

There are doubts within the upper echelons of the Royal Family over what will be divulged during their discussion, but a Palace aide claimed this was not at the forefront of their minds, due to Philip’s condition.

One insider told the Telegraph: “The family is very worried about him and their thoughts are very much with him rather than this Oprah interview. They have much more important things to worry about.”

Another senior aide said: “This programme is really not something we are focusing on at the moment.”

Since retiring, Philip has rarely been seen in the spotlight, and has adjusted to his new life away from duties.

Last year, however, he rolled back the clock as he attended a military ceremony where he handed over one of his patronages to daughter-in-law Camilla, Duchess of Cornwall.

The last photograph of the Duke was officially released in November, which marked his 73rd wedding anniversary with the Queen.