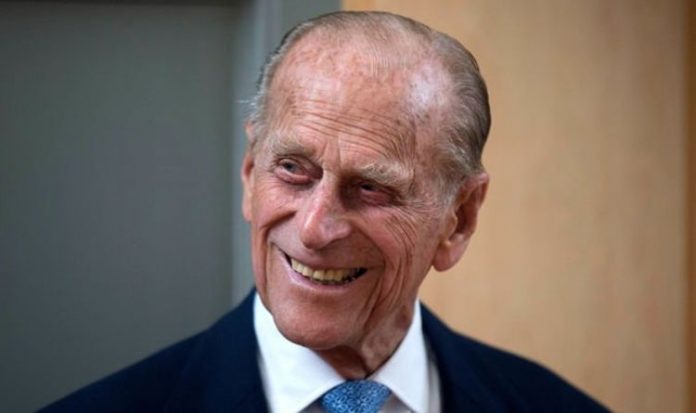 Prince Philip, 99, had one specific request for his bathroom on the Royal Train when it underwent renovations 1977. The Duke of Edinburgh and the Queen, 94, have separate bathrooms and sleeping quarters on the train, a royal biographer has claimed. But Omid Scobie also revealed Philip’s demand for a shaving mirror to fold out in front of the toilet.

Speaking on Heirpod, Mr Scobie said: “The train underwent renovations a few decades ago and they were on a budget.

“Inside everything is pretty much what you would expect from a train albeit with a few tweaks here and there.

“Both the Queen and Prince Philip have their own sleeping quarters on the train, their sleep separately and William and Kate had to sleep separately on this trip which might have been an interesting experience for them.

“They both have their own bathrooms.

READ MORE: Queen worries about ‘heavy fines’ when travelling by the Royal Train

“In the Queen’s bathroom, she has a tub because she likes to have a bath in the mornings and the train itself slows down for her bathtime so the water doesn’t splash around.

“Prince Philip does not have quite the same luxuries but he did request for one particular feature to be added to the bathroom which was a shaving mirror which folded out in front of the toilet so when he sits on the toilet he can shave at the same time.”

Royal commentator Maggie Rulli added: “How can always these details be made public?

Mr Scobie continued: “I think a lot of staff have travelled over time and details have come out over time.

“I imagine that whilst it does sound a little vulgar, it’s probably to do with the fact that it’s a train that’s moving around and probably the best place to have a safe shave is to anchor yourself by sitting down on something.”

The revelations come after the Queen enjoyed a Christmas carol performance on the steps of her Windsor Castle home – as she welcomed the Duke and Duchess of Cambridge after their royal train tour of the country.

As a Salvation Army band played festive tunes for the Queen and her family gathered around her, the head of state could be seen quietly singing along.

The monarch’s appearance was the first time she has been seen in public with senior members of the royal family en masse since before the coronavirus pandemic.

The Prince of Wales and Duchess of Cornwall stood socially distanced nearby, as did William and Kate, the Earl and Countess of Wessex and the Princess Royal with Christmas trees lit with lights nearby, adding to the atmosphere.

The Cambridge’s trip to thank key workers, volunteers and communities for their pandemic efforts has provoked veiled criticisms from Welsh and Scottish ministers, who raised suggestions about the timing of the visits while Covid cases were still prevalent and many parts of the UK were subject to strict Covid rules.

But Prime Minister Boris Johnson believes William and Kate’s tour, which has covered 1,250 miles over three days, was a “welcome morale boost”, No 10 said, after Downing Street officials initially refused to say it complied with coronavirus restrictions.