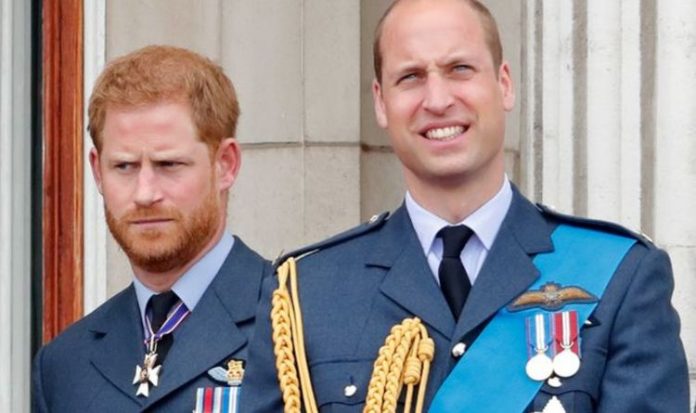 Prince William “hoped” that Prince Harry would be by his side “supporting” him when he became king, a royal commentator has claimed. Charlie Rae, the former Royal Editor of , spoke to talkRADIO about the “strained relationship” between the two brothers. He warned that although it could “get a little bit softer”, it was unlikely to ever be “repaired”.

Mr Rae told listeners: “William is even more upset because he had hopes.

“Eventually when he became king, he thought Harry would be there to help support him.

“Everybody needs a wingman of course.

“William was hoping that Harry would be that wingman when he became king.”

He continued: “It definitely doesn’t look as if it’s going to happen now.

“I think the strained relationship between the two brothers is not going to be repaired that easy.

“It could get a little bit softer, but it’s not ever going to be repaired.”

However, many viewed the unveiling of Princess Diana’s statue in Kensington Palace as an opportunity for reconciliation.

He said: “I think relations were very strained at the time when Harry and Meghan stepped down.

“From that point of view, there’s no doubt that an effort will be made to ensure that what is seen in public is extremely friendly.

“I am sure that will be the case, it usually is in public events.

“It wasn’t memorably or did not appear to be, looking at the coverage of the Commonwealth Day service.

“You wouldn’t expect that. I’m sure this will be well-planned, well-organised and they will present a united front.”