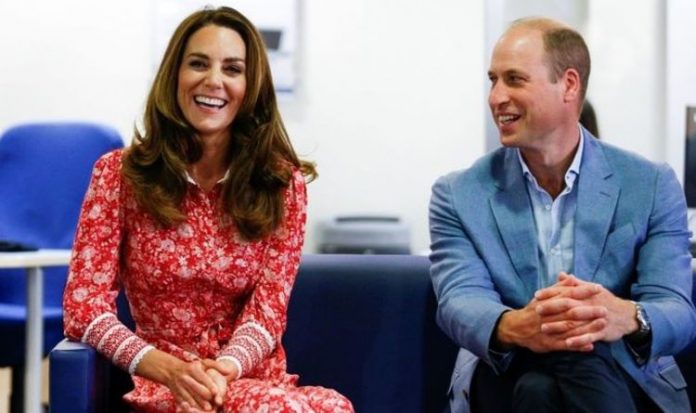 The Duke and Duchess of Cambridge have taken control of two companies which were formed to protect their ‘brand’ and intellectual property rights. The companies, APL Anglesey and CE Strathearn, were set up in 2012 and 2013 respectively to enable the couple to sell officially-endorsed products and take action against anyone selling items that could harm their image.

This week, it emerged William and Kate have become the shareholders and therefore formal owners of the two limited companies.

It marks the first time the couple have been registered as owners of businesses with a potential commercial role.

Trusted royal aides, who represented the interests of the Cambridge’s, were the shareholders prior to the change.

Companies House records were updated today and show Prince William is “a person with significant control” over APL Anglesey, and Kate has the same jurisdiction over CE Strathearn.

The legal document states the notice of control as: “The person has the right to exercise, or actually exercises, significant influence or control over the company.”

It comes after papers filed to Companies House earlier this week confirmed that Clara Pearce, the assistant treasurer to Prince Charles and Camilla, the Duchess of Cornwall, had stepped down from her role as shareholder of both companies.

The couple have not been registered as directors of their companies.

JUST IN: Kate and William make exciting new changes to their Royal Foundation

The companies have never traded and have always filed dormant company accounts, although their existence means they could be called upon to carry out work for them in the future.

A Kensington Palace spokesman previously said: “APL Anglesey and CE Strathearn have been set up to house the intellectual property rights of the Duke and Duchess.

“They were formed a year ago, but remain dormant.

“They are not intended to be used as a regular trading arm.”

The change to make William and Kate shareholders of their respective companies indicate their growing readiness to take on their future roles as King and Queen.

The move shows the couple exerting greater hands-on control over his financial and personal affairs.