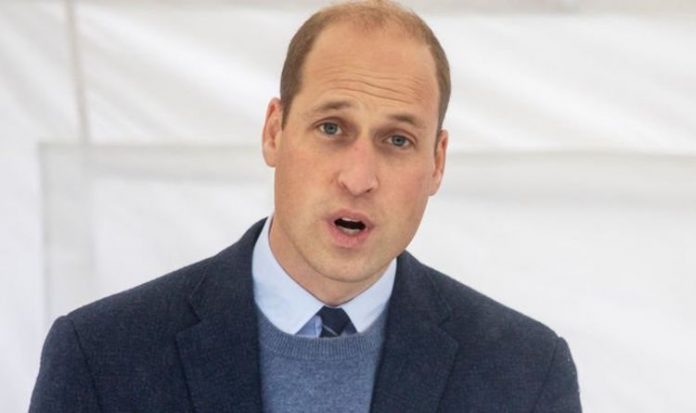 William recorded a special message for residents to mark the moment when their beaches and coves became safe more than 38 years after the war with Argentina ended. The South Atlantic archipelago, where the Prince served as an RAF search and rescue helicopter pilot in 2012, was peppered with 13,000 landmines left by Argentinian forces in the 1982 conflict. It became one of numerous danger zones across the world that prompted Diana to campaign for a global ban on mines. She brought the issue to international attention by walking through a minefield in Angola in 1997 months before her death.

Three months after she died, 122 countries signed the Ottawa Treaty prohibiting the use, production and transfer of anti-personnel mines.

As islanders celebrated in the Falkland capital Stanley, William, 38, said: “For so many of you, the exclusion tape barring access to nearby beaches has become a sad and perilous fact of life.

“This is therefore a hugely significant moment for the people of the Falklands. I hope that by removing for good these scars of the 1982 conflict you are taking another step towards defining yourselves as the modern community-spirited place that you have built in the decades since.”

In the video he also thanked the team from Zimbabwe that demined the islands, supervised by British firms SafeLane Global and Fenix Insight.

William said they “worked tirelessly over the years in very difficult and dangerous conditions”. The programme to remove mines started in 2009 as part of UK obligations under the Ottawa Treaty.

Islanders marked the occasion yesterday by detonating the final mine and playing games of cricket and football on the beaches at Gypsy Cove and Yorke Bay – enjoying their
first unrestricted access since the conflict.

Simon Benjamin, 37, a car sales manager, said: “Hundreds of people funnelled on to the beach, which is huge, with some even braving the cold sea to have a paddle. For many of us, it was our first time ever on the beach. We could look before but couldn’t touch.

“It was an emotional day.”