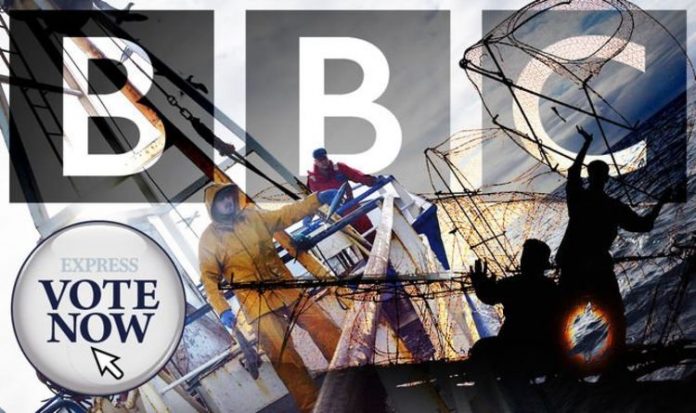 The change in the BBC’s guidelines came to light when Katya Adler, the broadcaster’s Europe editor, used the term “fisherpeople” while talking about post-Brexit fishing rights in the UK. Her mention of the word set off a huge debate on social media, with some users branding it “stupid” and “ridiculous”.

One person tweeted: “The BBC has invented the word ‘fisherpeople’ instead of ‘fishermen’.

“Yet 99 percent of ‘fisherpeople’ are men.

A second wrote: “Fisherpeople – it’s either fishermen for the large percentage or fisherwomen who also like to participate.

“When oh when are we going to return to a non-PC world?

“No, unfortunately we’ve passed that point of no return.”

The BBC’s guidelines say “men” should not be used in job descriptions unless only males are employed in the field.

In a bid to appear more inclusive and gender-neutral, the advice reads: “Unless you are sure only males are involved, avoid words such as ‘newsmen’, ‘businessmen’ and ‘policemen’.

He added: “But has anyone ever seen one? I don’t think I have and yet the whole language is being changed from ‘fishermen’ to ‘fisherpeople’.

“We’re just simply pointing out that there are certain jobs that women don’t like to do.”

One viewer took to Twitter to say “some women need to get a grip” on the use of traditional words which are now seen by many as outdated.

She said: “I enjoy fishing occasionally with my dad, more when I was younger.

“I also work in the construction industry and am not offended by ‘workmen’ or ‘manholes’ nor do most of the women I see on sites all over the UK.

“Some women need to get a grip!”

Another person declared that they would “never say fisherpeople” as they criticised the BBC’s change in guidelines.

Barrie Deas, chairman of the National Federation of Fishermen’s Organisations, dismissed “fisherpeople” as a clumsy word and suggested people instead use the term “fishers”.

He said: “There are women in the industry on the processing and management side – including a president and chair of this federation – so the reality is that women are well-represented in the industry as a whole but not very much on the catching side. It’s really only a handful. Mostly it’s men that crew the boats.”