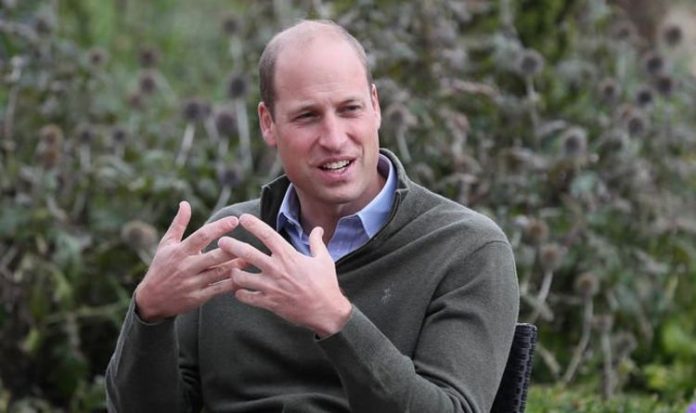 Prince William announced today the panel of judges to sit on The Earthshot Prize Council. This group will award five, one million-pound prizes every year over the next decade to individuals, government associations and even cities able to provide workable solutions to the world’s greatest environmental problems by 2030.

Among the high-profile personalities in the panel, there is a fellow royal – Queen Rania of Jordan.

As all the other people chosen to be part of the Council, Queen Rania has committed to protecting the environment as well as creating a healthy balance between communities and their surroundings several years ago.

In 1995, the queen created the Jordan River Foundation, which seeks to “boost employment and conservation through eco-tourism projects.”

In 2008, Queen Rania also created the Arab Sustainability Leadership Group, a network of high-profile companies, organisations and offices working to make sure their financial success doesn’t endanger the environment.

Introducing the first report of the group in 2009, Queen Rania said: “A new architecture for a sustainable global economy must be designed now, it must guide new business practices today.”

Much like Prince Charles in the UK, Queen Rania supports organic farming and local realities across her country.

The wife of King Abdullah II said she hopes her support to these practices will “provide health, environmental, and economic benefits while also helping to address the serious water shortages in the region”.

The queen also regularly carries out engagements focused on the environment.

In 2001, Queen Rania participated in the second Arab ‘Al-Hussein Environmental and Scouts Camp’, an initiative encouraging youngsters to exchange experiences and opinions on ways to protect the environment.

Introducing the judges sitting at the Council, Prince William said in a tweet published by Kensington Palace: “The @Earthshotprize council is a diverse, broad range of people from all around the world who I’ve been talking to over the last few weeks and months.

“We’ve got a really fantastic council together.”

Launched today, the Earthshot Prize will be set in motion on November 1, when nominations will start to be accepted.

Introducing his project, set to mark the next decade of his work, Prince William said: “The Earth is at a tipping point and we face a stark choice: either we continue as we are and irreparably damage our planet, or we remember our unique power as human beings and our continual ability to lead, innovate and problem-solve.

“The next 10 years present us with one of our greatest tests – a decade of action to repair the Earth.”

Today’s announcement comes after Prince William starred in a documentary focused on the challenges faced by the planet.

The Duke of Cambridge has shown he has involved his children, George, Charlotte and Louis, in his interest for the environment by sharing pictures of the little royals looking enthusiasts to see Sir David Attenborough in person at Kensington Palace.

The trio were also filmed asking questions to the naturalist.

However, this keen interest worries Prince William, who fears his children won’t be able to enjoy the same beauties on earth he had the chance to see during his lifetime.

He said: “Are we really at this stage in life when I can’t be hugely optimistic and pleased that my children are getting so into nature because you kind of worry and dread they’re soon going to realise that we are in a very, very dangerous and difficult time in the environment and that as a parent, you feel you’re letting them down immediately.

“So, having watched so many David Attenborough documentaries recently with my children, they absolutely love them, the most recent one – the extinction one – actually George and I had to turn it off, we got so sad about it halfway through.

“He said to me you know I don’t want to watch this anymore, why has it come to this and you know he’s seven years old and he’s asking me these questions already, he really feels, it and I think every seven-year-old out there can relate to that.

“So, I really feel from an emotional point of view as well I think every parent, everyone wants to do the best for their children, and I think we have to have a decade of change, a decade of repairing the planet so that we can hand it on to the next generation and future generations and sustain the prosperity for their lives too.”