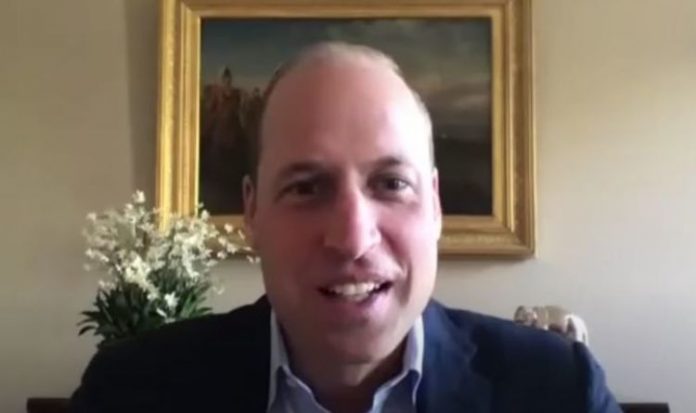 Prince William revealed the celebrities who will be on his council for the Earthshot Prize including Shakira. During a zoom chat, Prince William asked the pop star about skateboarding after he admitted he had watched her doing the activity in a video.

Shakira said she was hooked on skateboarding after she failed to get her two young sons, Milan and Sasha, into the sport.

Prince William said: “One of the team showed me a video… You’re doing a lot of skateboarding, is that right?”

Shakira laughed and replied: “I can’t believe you’ve seen that!”

Shakira explained to the Duke of Cambridge how she started her newfound hobby.

She said: “You know, I always saw skaters and I was so jealous.

“And, right now, this year – I don’t know what happened to me – I tried to get my kids to skate.

“I took them to one of those skating stores, and they’re not really that into it.

Shakira agreed with the Duke, saying “learning new things, no matter the age and no matter when, you know?”

She added: “I think it’s so important to discover new hobbies. It just injects a lot of joy into your life.”

Prince William’s new selection of celebrities have been chosen to decide the winners for his prestigious award, the Earthshot Prize.

The awards were created to provide 50 environmental pioneers with funds to help them further their efforts in addressing the problems impacting the environment.

He will be accompanied by Cate Blanchett, Australian actor and producer, and many other figures from around the world.

Prince William said “positivity” has been missing from the climate change debates.

He told the BBC: “The Earthshot prize is really about harnessing that optimism and that urgency to find some of the world’s solutions to some of the greatest environmental problems.”

He said that anyone could win a prize and he urged people to create “brilliant innovative projects” to help protect the planet.