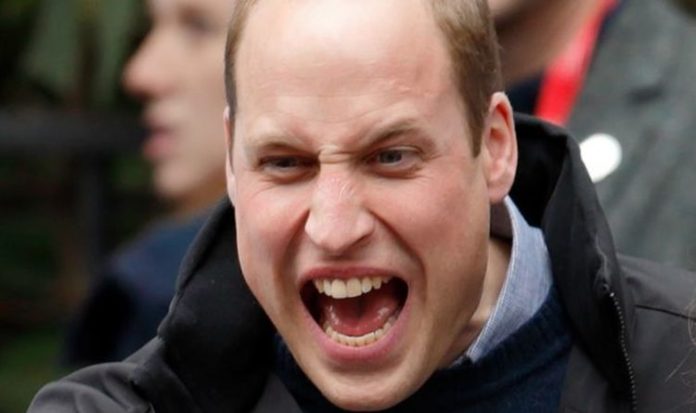 Prince William and Prince Edward became engaged in a furious row after the Earl of Wessex drove a “coach and horses” through an agreement his nephew had taken to protect his privacy. The Duke of Cambridge brokered a deal with the press to ensure he could pursue his university career without having to worry about being constantly followed. But the Earl of Wessex chose to ignore the agreement and had his production company film Prince William.

“He came up with Prince Charles, shook hands with the rector, the usual stuff. And the media were then told that, in return, you will now go and William will be allowed to have his education in private.

“He drove a coach and horses through the carefully arranged deal between the media and Buckingham Palace.”

Prince William had personally spotted the camera crew and had campus security drive them off, lodging a complaint against Prince Edward and his production company immediately after.”

Piers Morgan, who at the time worked as an editor for the Daily Mirror, reacted with glee at the news of the Earl of Wessex’s violation after his and other tabloid made sure to uphold the agreement struck with the Palace.

He said: “I thought it was incredibly funny.

“Here you had the national tabloid press staying well-away from William, honoring every agreement and pledge only to have his privacy invaded by Uncle Edward.

“You will forgive us if we have a little chuckle.”

Author Katie Nicholl suggested the Palace had tried to minimise the accident but the Prince of Wales took the time to hit out at the Earl of Wessex for his actions.

Ms Nicholl said: “While the Palace would only say that it was ‘disappointed’ by the unfortunate episode, Prince Charles was said to be apoplectic.

“His angry call to his youngest brother at Bagshot Park could apparently be heard in the room adjacent to his study at St James’s Palace.”

BBC veteran presenter Andrew Neil, at the time the Lord Rector at St Andrews, claimed sourced had reported Charles had gone as far as branding Edward a “f***ing idiot”.

Mr Neil said: “It was the idiot uncle who broke the embargo. He had been taking students for curries and trying to get information out of them.

“When Charles heard he went ballistic.

“I was told from an excellent source that he picked up the phone to his brother and called him a ‘f***ing idiot’, and told him in no uncertain terms to get out of the town.”