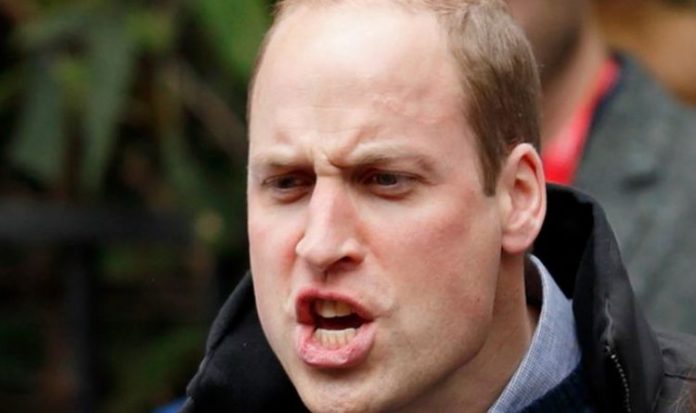 Prince William hit out at paparazzi chasing after Kate, the Duchess of Cambridge by appealing to European Human Rights law, according to a new documentary. The Duke of Cambridge had become increasingly concerned about Kate’s safety so he invoked European privacy law to keep the Duchess from being subjected to the same pressure Princess Diana had faced in the past. Former editor Kelvin MacKenzie told Channel 5’s documentary ‘The Tabloids and the Royals’ William took the extreme measure in the early days of his relationship with Kate.

“That would have left a scar on him, it was certainly having an effect on him. He wants to protect her so he effectively invokes the law, there’s a European Court of Human Rights law saying everybody has a right to privacy.

“And he invoked that on Kate’s behalf.”

Royal commentator Camilla Tominey suggested William had devised a very firm strategy to slowly introduce Kate to the public and the press to keep her from struggling through the same experience Diana had to cope with.

Ms Tominey said: “What was interesting about how Kate was handled in those early days was the sense of trying, very slowly, introduce her to public life.

“Unlike Princess Diana, who I think felt she was thrown into the deep end.

“I think William wanted to avoid the mistakes of the past, that’s why it was a very, very slow drip-feeding of Kate to the press and to the public.”

The Prince had also issued a series of letters to editors to ensure Kate’s privacy remained protected as she increasingly became involved in public life with him.

READ MORE: Sophie Wessex title: Why is the Countess of Wessex not Princess Sophie?

Marcia Moody, the author of 2013’s book ‘Kate: A Biography’, said William reacted furiously to the photo and denounced photographers for their behaviour towards Kate.

Ms Moody said: “In October, Kate was photographed on a bus while going for a job interview.

“But the big difference this time was that Kate had been followed by the photographer all day.”

She added: “On instructions from William, who had discussed the matter with Kate and her father, a legal letter to newspaper editors was issued requesting that details of Kate’s private life remain private.”