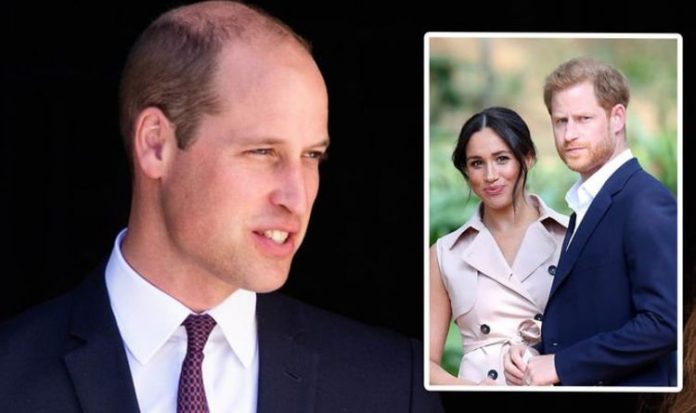 Prince William grew close to the Queen during his years at Eton when he was regularly invited by Her Majesty and Prince Philip to Windsor Castle to have lunch with them, royal expert Robert Lacey has claimed. These Sunday lunches started to take place amid the elderly royals’ fears Prince William could be suffering from the very public breakdown of his parents’ marriage.

However, they proved to be particularly important to the upbringing of the future Duke of Cambridge as second-in-line to the throne, Mr Lacey said.

After these lunches, Prince Philip would leave the monarch and heir alone so that William could hear directly from the Queen what duty should mean as well as the significance of the Commonwealth and the Crown.

Speaking about the impact these meetings had on William during his teenage years, Mr Lacey wrote in his upcoming book, Battle of Brothers: “As William absorbed his grandmother’s principles, there was a sense, he later described, in which he became as one with her, establishing a warm personal closeness – a strong and quite extraordinary partnership across the generations that he defined as a ‘shared understanding of what’s needed’.

“The Prince’s conversation in the Oak Room helped to turn the fragile schoolboy heading for a breakdown into quite a tough young man who would once be compared to a ‘nightclub bouncer’ protecting the standards of and entry to his highly exclusive royal club.”

The Queen’s beliefs became so rooted in Prince William’s mind they became paramount even when compared to the tight bond he had shared all his life with his brother, the author added.

Mr Lacey wrote: “The Prince was not prepared to allow anyone – and certainly not his brother and his American celebrity wife – to threaten the precious legacy that had been entrusted to him by his gran.”

Prince William, Mr Lacey recalled, showcased he had absorbed the Queen’s teachings in 2011, when he said: “She [the Queen] cares not for celebrity, that for sure.

“That’s not what monarchy is about. It’s about setting examples.

“It’s about doing one’s duty, as she would say.

“It’s about using your position for the good.

“It’s about serving the country – and that’s really the crux of it.”

As second-in-line to the throne, Prince William is expected to become Prince of Wales when his father Prince Charles will eventually ascend to the throne.

The Duke of Cambridge has already set out a series of long-term plans for his future work as heir to the throne.

Over the past years, he has become an outspoken advocate for mental wellbeing and with his brother Harry and wife Kate, Duchess of Cambridge, he has been working towards ending the stigma surrounding mental health.

During the pandemic, he stepped up to the plate by backing Our Frontline, a helpline designed to support key workers and NHS staff struggling with mental health.

Earlier this month, William launched the Earthshot Prize, a 10-year-long initiative which will give five awards worth £1million each over the next decade to whoever will come up with solutions to revert the manmade damages made to earth.

Upon launching the initiative, Prince William said he is taking up the baton of environmental campaigning from his father.

He said: “I feel right now it’s my responsibility”.

However, he looks at his children’s future for inspiration, hoping the projects presented at the Prize will allow youngsters not to see species going extinct or glaciers further disappear.

After confessing his son Prince George was so saddened by a documentary on extinction he couldn’t bring himself to finish it, Prince William said: “So, I really feel from an emotional point of view as well I think every parent, everyone wants to do the best for their children, and I think we have to have a decade of change, a decade of repairing the planet so that we can hand it on to the next generation and future generations and sustain the prosperity for their lives too.”