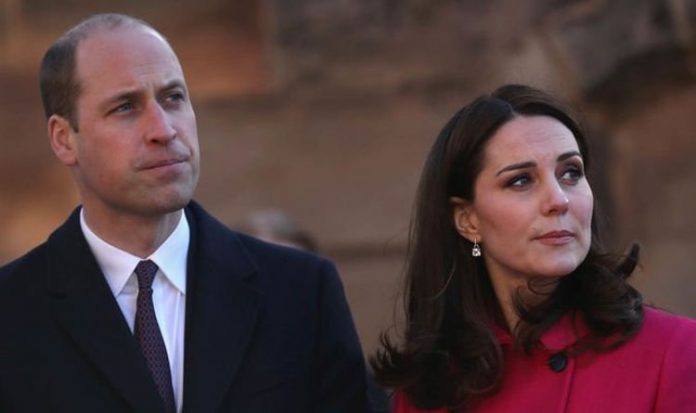 Prince William could be asked to boycott the Winter Olympics scheduled to take place in China’s capital in two-years time. A Commons Foreign Affairs Committee urged the Government to denounce the “appalling human rights atrocities” taking place in China.

The country is accused of persecuting Uighurs, a Muslim minority based mainly in the northwestern part of China.

One of the possible ways the Government could do so would be to ask Prince William not to attend the winter games.

The Tory backbencher added that whether the second-in-line to the throne attends the Beijing Winter Olympics or not in an official capacity would be a decision taken by the Prime Minister and his Foreign Secretary, Dominic Raab.

READ  How Britons would vote in second EU referendum 'not the issue', May says - UK

He then asked Mr Raab if he would encourage Prince William whether to attend the games or not on behalf of the British Government.

Mr Raab said this decision would be “part of a wider process”, adding: “Obviously we will want to look at that very closely and carefully.”

Speaking about the UK as a whole, Conservative MP Alicia Kearns also said the decision to boycott these Winter Olympics would “send a strong signal that we will not take part in activities which essentially are a platform for a country that is committing appalling human rights atrocities”.

Mr Raab replied: “Generally speaking my instinct is to separate sport from diplomacy and politics but there comes a point where that may not be possible.

“I would say, let’s gather the evidence, let’s work with international partners, let’s consider it further in the round with further action we need to take.”

In September, Uighur teacher Qelbinur Sidik claimed she was forced to undergo sterilisation at the age of 50 to prevent the unlikely prospect of a pregnancy.

Local authorities, the teacher has claimed, are telling women in the Xinjiang region aged between 19 to 59 to have IUDs fitted or undergo sterilisations.

China has also been accused of holding at least one million Uighurs in detention camps in the northwestern region of Xinjiang.

Beijing initially denied the existence of these camps.

After satellite pictures and a growing number of testimonies of those who managed to escape emerged, the Chinese Government said these camps were “vocational education centres”.

In July 2019, China said most of the people sent to the mass detention centres have “returned to society” – a claim disputed by the relatives of those detained.

Commenting on these claims, Mr Raab said: “There are egregious human rights abuses.

“Put it this way, in the UK our concern can only be growing about the reports of what’s happening in Xinjiang.

“We would want to work very closely with our international partners to give the most powerful message.”

Mr Raab had already accused China of “gross” human rights abuses against the population in July 2020, adding he would not rule out taking sanctions against the country.

But the Chinese Ambassador to the UK, Liu Xiaoming, said the accusations were baseless and that Uighurs “enjoy peaceful, harmonious coexistence with other ethnic groups of people”.