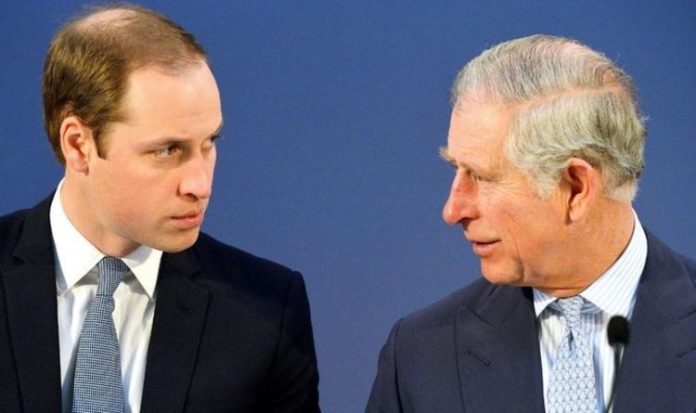 Prince William has been hailed as a “very steadfast” royal who differs from his father the Prince of Wales. Royal author Clive Irving believes the Prince of Wales is an “18th-century figure” while his son the Duke of Cambridge “looks like the 21st century should look like”.

Asked whether Kate, Duchess of Cambridge, and Prince William will be in charge of further modernising the Royal Family, the royal commentator told Express.co.uk: “Prince William is a very steadfast kind of person.

“Kate is a very shrewd person who knows exactly how to manage this and has been very skilful in doing it.

“And they do make a very attractive couple.

He said: “If you look at YouGov polling over the last few years, you can see that the Millennials and even younger people are much more sceptical over what is the point of this institution and how can it stay relevant with the times we are living now.

“This question of relevance is very important, because Charles is basically an 18th-century figure, whereas Meghan and Harry live in the present world, they are of the real world, and that’s one of the reasons why they couldn’t really fit in back home.”

The Duke and Duchess of Sussex, Mr Irving added, quit because they did not want to be “pieces of royal furniture” and are driven to do “good works”.

Prince Charles’s popularity has recently been hit, according to a YouGov poll, which shows the Duke of Cambridge is being preferred as next monarch to his father.

The survey, carried out on a total of 1647 people on December 14, claims 40 percent of those asked the question “thinking about the future monarch, which of the following would you prefer?” replied “Prince William should succeed as King after Queen Elizabeth II instead of Prince Charles”.

Only 32 percent of the surveyed replied “Prince Charles should succeed as King after Queen Elizabeth II”.

Prince Charles has been Prince of Wales since he was only four.

However, his official investiture took place on July 1 1969.

Following his ascension to the throne, Prince William is expected to inherit Charles’s title.

According to another royal expert, Prince William was introduced to duty and commitment to the Crown during his teenage years.

Royal biographer Robert Lacey recorded in his book Battle of Brothers the Duke of Cambridge started being invited for lunch at Windsor Castle when he was at Eton.

The idea, the author claims, came from Prince Philip, worried about the wellbeing of the young royal who was experiencing the public separation of his parents, and it became an educational moment from the current monarch to the future king.

During these gathering at Windsor Castle, the Queen, the Duke of Edinburgh and young William would enjoy their meal, after which Prince Philip quietly left to leave the monarch and her heir alone.

Mr Lacey wrote in his book: “Pudding ended, Philip would make a discreet exit, leaving his wife and grandson together in the panelled Oak Room with its six-arm chandelier hanging over the table in front of Queen Victoria’s beautiful Gobelins tapestry of The Hunt.

He continued: “It was during these conversations in the Oak Room that Prince William learned from his grandmother how the institution of the Crown was something to be upheld and respected, and how one might have to fight – he might have to become quite tough, in fact – in order to preserve it.”