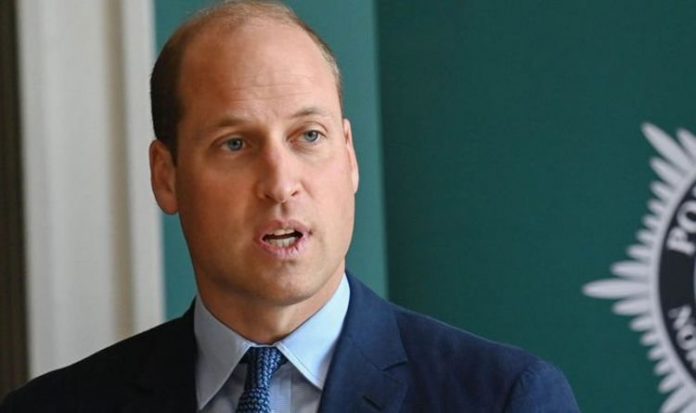 Prince William has chosen to mark Emergency Services Day, also known as 999 Day, in Belfast, thanking local first responders for their work. The Duke of Cambridge started his visit at the Police College, where he met officers and staff taking part in the Police Service of Northern Ireland’s (PSNI) Wellbeing Volunteer Training course.

This course is the first peer support programme for emergency service staff to be run by the PSNI.

During the course, Wellbeing Volunteers are trained to support colleagues suffering from mental health issues by using both shared experiences and understanding the difficulties they face on a day to day basis with their jobs.

While at the PSNI, Prince William also spoke with representatives from Northern Ireland Fire and Rescue Service and the Northern Ireland Ambulance Service, who opened up about their mental health.

Speaking also about his own experience as an air ambulance pilot, the Duke highlighted the need to create a culture where members of the emergency services feel safe and comfortable enough to open up on their mental health if they need to.

Prince William admitted the months ahead will likely be uncertain and scary (Image: PA)

In a speech he held in front of a crowd of blue light responders, Prince William said society must take care of his emergency workers – in particular after they have demonstrated their immense value during the ongoing pandemic.

He said: “This has already been an extraordinary year.

“The months ahead will no doubt be uncertain and at points scary.

“But thanks to the dedication and sacrifice of those of you working across the emergency services and in the NHS, I count myself and others in this country very fortunate.

“Your dedication is not only apparent when we are faced with a global pandemic.

“Each and every day, people from teams across the blue light community are called to the scenes of dreadful incidents.”

Highlighting the response of emergency services in the aftermath of the recent stabbings in Birmingham, William added: “But as you care for us in our time of need, so too must we ensure that we are there for you when you need it the most.

“We must ensure that you have the right support in place each and every day.

“I know first hand, that even in routine circumstances, those of you on the frontline can face immense challenges that can naturally have a significant impact on both your physical and mental health.

“Firstly, it’s important that we recognise that.

“And secondly, it’s important that we do all we can to support you through it.”

The Duke also discussed the impact coronavirus has had on emergency responders with heads of Northern Ireland’s police, ambulance and fire services.

This visit comes one day after Prince William convened the first meeting of the Emergency Responder Senior Leader Board.

This group brings together representatives and leaders from across all of the UK’s emergency services to discuss mental health and make sure that all first responders receive the support they need.

The Board was created by William after a research project commissioned by his and Kate’s charitable platform, The Royal Foundation, looked into the mental health of first responders.

Conducted by King’s College London and the Open University, this research signalled the need to share a “better practice” across the emergency services sector.

Prince William and Kate announced in April, at the height of the coronavirus emergency, they were making the mental wellbeing of first responders and key workers their “top priority”.

Prince William himself has worked as an emergency responder between 2014 and 2017, when he joined the East Anglian Air Ambulance as helicopter pilot.

The Duke had previously opened up about the mental toll assisting children whose lives were threatened had on him, especially after becoming a father.

And on Monday, he recalled his experience once again in an open letter marking the beginning of Air Ambulance Week.

Writing to Air Ambulances UK, Prince William said: “Having seen first-hand the incredible work of air ambulance teams both on the front line and behind the scenes, I hold a profound respect for all that you do.

“Whether you are part of the critical care team bringing vital medical support to patients when every second counts;

“An engineer who ensures that crews can be safely deployed at a moment’s notice;

“Or a volunteer working to keep the service running, the country owes you an enormous debt of gratitude.”