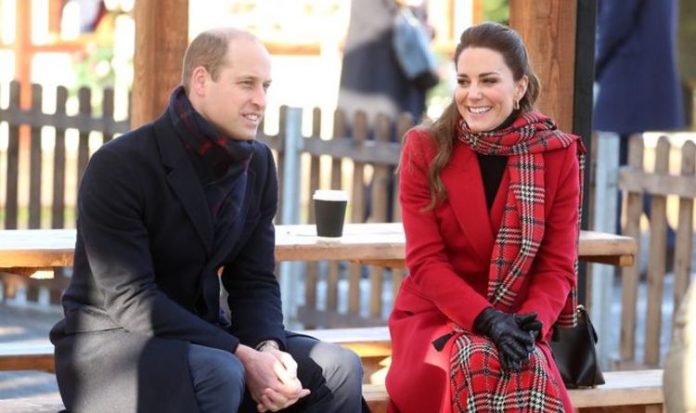 The Duke of Cambridge said that, despite becoming immediately interested with one other, the pair spent time apart at the start of their relationship. But the couple eventually overcame the difficulties and managed to strengthen their connection.

The Duke said: “We were friends for over a year first and it just sort of blossomed from then on.

“We just spent more time with each other had a good giggle, had lots of fun and realised we shared the same interests and just had a really good time.”

During their official engagement engagement interview in 2010, Kate admitted she was “not happy” about spending time away from William but the experience “made me a stronger person”.

She added: “I think you can get quite consumed by a relationship when you are younger and I really valued that time for me as well although I didn’t think it at the time.”

William echoed his now-wife’s comments, adding that they had to discover themselves in order to make things work.

He said: “We were both very young, it was at university, we were both finding ourselves as such and being different characters and stuff, it was very much trying to find our own way and we were growing up, it was a bit of space and a bit of things like that and it worked out for the better.”

This year, the royal couple will mark their 10th wedding anniversary with their three children – Prince George, Princess Charlotte and Prince Louis.

According to a body language expert the pair compliment each other so we’ll after all these years that their motions are like “poetry in motion”.