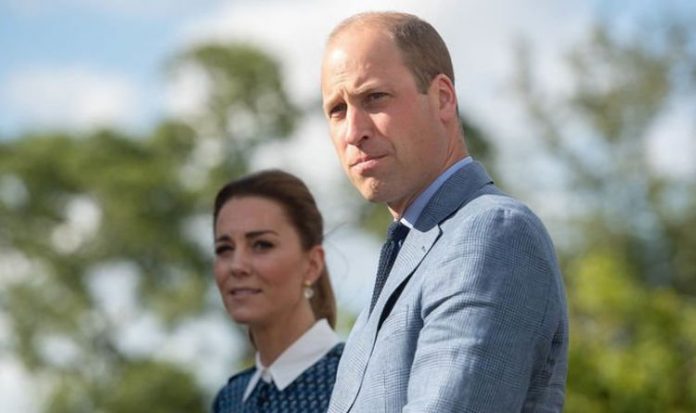 Prince William said the births of Prince George, Princess Charlotte and Prince Louis have pushed him to feel more compelled to take action against poaching and climate change. Appearing on ITV’s documentary Prince William: A Planet for Us All, the Duke of Cambridge said: “Now I’ve got George, Charlotte, and now Louis.

“Your outlook does change and that’s why I had to do something because I really felt like by the time my children were 20, at the rate poaching was at, there may not have been another rhino in the world.”

Prince William, who has been followed by a camera crew for two years while carrying out engagements and tours focused on the environment, was visiting Tanzania’s Mkomazi National Park when he confessed the changes fatherhood have played in his action on the environment.

Feeding a carrot to a rhino, named Deborah, at the park, the second-in-line to the throne opened up on his fight to protect endangered species.

Speaking about these animals, Prince William said: “They are a prehistoric, odd-looking creature but when you get to see their characters and you get to see the family bond they have with their mum, it does make you feel like you’re watching a close family unit.

“The fact that they’re under so much threat is really quite sad.

“People might think of them as a big tank, a big hulk of an animal with a big horn but they are incredibly vulnerable.

“They don’t have brilliant eyesight and people will take advantage of that.

“And they want this horn, which is effectively nail. That’s all it is, it’s fingernail.”

Prince William was close to tears when visiting a heavily guarded ivory facility in Tanzania storing more than 43,000 tusks.

Filmed in 2018, the Duke appeared enraged at the lives of elephants and rhinos lost due to poaching.

He said: “It’s a mind-blowing number of tusks, it really is.

“You can’t get your head around it.”

Prince William has been outspoken on illegal poaching since the early 2000s.

In 2005, the Duke became the royal patron of Tusk Trust, an organisation which supports conservation in Africa and works to protect rhinos and elephant from poaching.

Much like Prince Philip and Prince Charles have done with him, Prince William appears to have passed on his interest for the environment to his children.

The little Cambridges are fans of Sir David Attenborough, as revealed by Kate, Duchess of Cambridge, during a ceremony taking place in January with the naturalist.

The trio had the chance to meet Sir David in person in late September, when Prince George received a megalodon tooth and all the children were filmed asking the naturalist a question.

During his tour to Pakistan with Kate, Prince William expressed his delight as youngsters appear to have a deeper interest in the climate issue than the older generations.

While looking at the Hindu Kush mountains, where glaciers are melting at record speed, the Duke of Sussex said: “It’s a huge environmental and humanitarian disaster.

“And yet, we still don’t seem to be picking up the pace and understanding it quick enough.

“And I think the young are really getting it.

“And the younger generation are really wanting more and more people to do stuff and want more action.

“And we’ve got to speed the pace up.

“We’ve got to get on top of it and we need to be more vocal and more educational about what’s going on.”