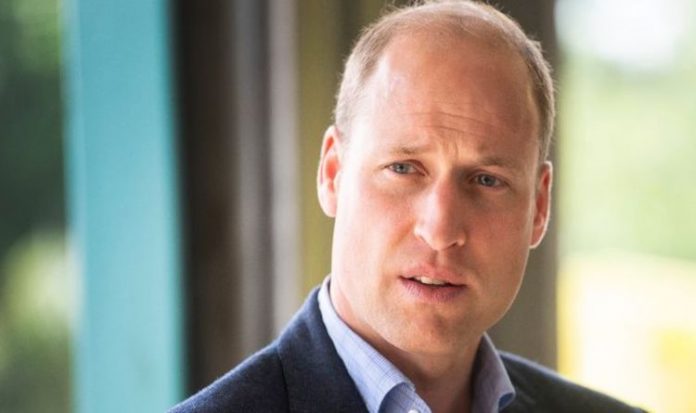 The Duke and Duchess of Sussex controversially chose not to reveal who they intended to choose as Archie’s godparents. Royal author Robert Lacey wrote in his new title, Battle of Brothers, about the situation that led to a further escalation of tensions between the two brothers.

He wrote: “Numbers six and seven in the order of succession may not seem particularly close to inheriting the crown, but who knows what can happen in an age of mass terrorist attacks and global pandemics.

“Six and seven could well get promoted to three and four — or even higher.

“‘Secret sponsor’ has a dodgy sound to it. And it is an ingredient of Britain’s representative monarchy that the people should have the right to know who is giving moral guidance to their possible future king or queen.”

“Here again, however, precedent, protocol, and practice all collided headlong with Harry and Meghan’s firm insistence on their privacy — and that of their new baby.

“Confirming the palace announcement, the Sussex Royal office made clear that the whole ‘sponsor’ issue was non-negotiable.”

“‘Friends’ of William suggested that the future king, only five places clear of Archie in the order of succession, could not comprehend how such a basic matter of constitutional principle had been misunderstood.

“How could any new Windsor royal be christened in a meaningful sense without the newcomer’s sponsors being known, if not present?

“What does such bizarre and paranoid behaviour indicate about the parents involved?

However, no names have been officially revealed by the Sussexes themselves.

In the book, Mr Lacey wrote: “William did not think too highly of Harry and Meghan’s ‘prima donna’ manoeuvres to conceal the birth of their son.

“He and Kate failed to visit the new arrival for a full eight days.”

However, other royals were keen to see the new addition to the family.

Mr Lacey added: “By contrast, the Queen, Prince Philip, Charles, and Camilla all turned up within hours to coo over the baby — and it seemed strange that, when the Cambridges did finally pitch up more than a week later, they didn’t bring along little George, Charlotte, and Louis to welcome their new cousin.”

The incendiary book also revealed how the Queen had secretly planned to allow Meghan and Harry to take some time off their royal duties before they announced they wanted to quit royal life completely.

According to Mr Lacey, the Queen understood the Sussexes’ desire to lead a normal life as she had experienced something similar during her stay in Malta between 1949 and 1951.

She was able to live a relaxed Maltese lifestyle while Prince Philip was working there as a naval officer.

The author explains how the Monarch had made the decision in secret after the couple possibly expressed their interest in moving to Africa.

It was in Africa where Harry and Meghan started becoming closer during a trip in the early days of their relationship.