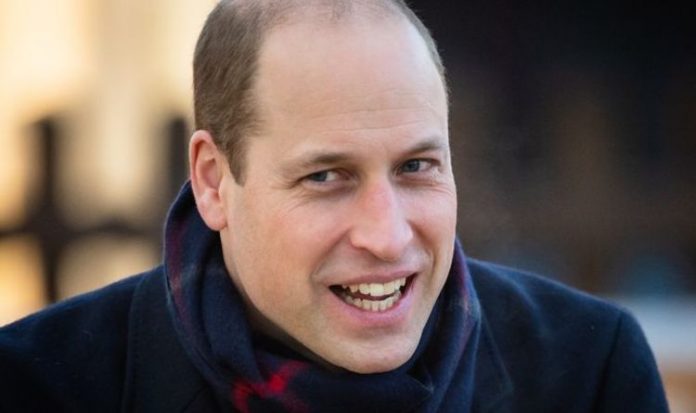 Formula One fans were sent into overdrive when the Aston Martin racing team shared their first look at World Champion Sebastian Vettel in their car. However, the focus of the uproar wasn’t only on the German driver’s seat fitting, but rather on his new hairstyle. Mr Vettel’s balding look drew many comparisons to British royal, Prince William.

One Twitter user replied to Aston Martin’s post, saying: “At first glance I legit thought this was Prince William.”

Another joked: “I didn’t know you signed Prince William.”

Rick was equally stunned: “The resemblance to Prince William is uncanny.”

Eleonora posted pictures of the two men to compare, asking: “Prince William is that you?”

Kat was amused at the turn of events: “Prince William is trending in the UK and it’s just pics of Seb!”

Toria also laughed: “Howling that Prince William is trending because Sebastian Vettel has lost his hair.”

Sean Macleod added: “When did Vettel turn into Prince William?”

Prince William has appeared to be losing his hair since he was in his twenties in keeping with many males in the British Royal Family.

Hair loss experts have predicted that he will follow the same pattern as his uncle, Prince Edward.

According to Dr Baiju Gohil, the Queen’s youngest son has classic androgenetic alopecia with only wisps of hair on the top of his head.

In contrast, Prince Charles and Prince Andrew have maintained more hair on the top of their heads, but it is noticeably thin with a substantial receding hairline.

Prince Harry’s hair loss began later than his brother’s but also appears to be increasing now.