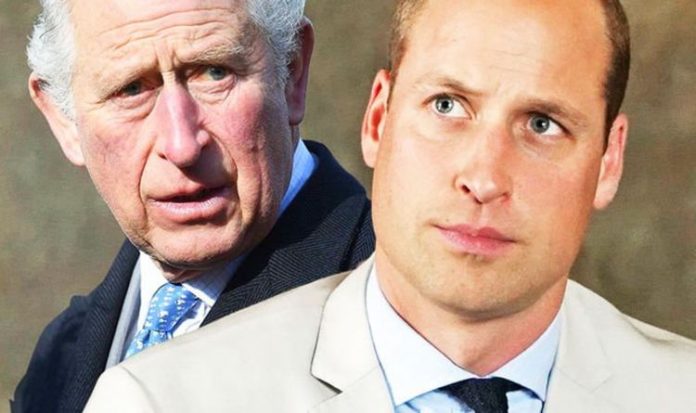 In the Channel 5 documentary ‘When the Middletons Met the Monarchy’, royal commentators Tom Quinn, Jemma Bond and Katie Nicholl discussed Prince William and Kate’s relationship. Mr Quinn stated that the Duke of Cambridge will have warned Kate that Prince Charles is a “dry old stick”.

Mr Quinn said: “When Catherine was taken to Highgrove she would have been prepared by William.

“Charles and Catherine went for a walk in the garden on their own for a chat and they got on well.

“But Charles is someone, to put it slightly unkindly, who is a dry old stick.

“I think William would have said ‘he is a lovely man but he is not the life and soul.’”

Ms Bond stated: “I think he would have admired the fact that Catherine was quite a mature and confident girl.”

Ms Nicholl added: “Charles really made a point of welcoming Kate into the family from quite an early stage.”

During the same documentary, Ms Nicholl also discusses Prince Harry’s reaction to the Duchess of Cambridge.

The Duke of Sussex branded his older brother Prince William boring after he met Kate according to the royal commentator.

“I think sometimes he felt that Kate was a bit straight and kept his brother a bit too much on the straight and narrow.

“I do remember Harry telling one of their friends ‘he has become too boring’.”

Prince William got married to Kate in 2011.