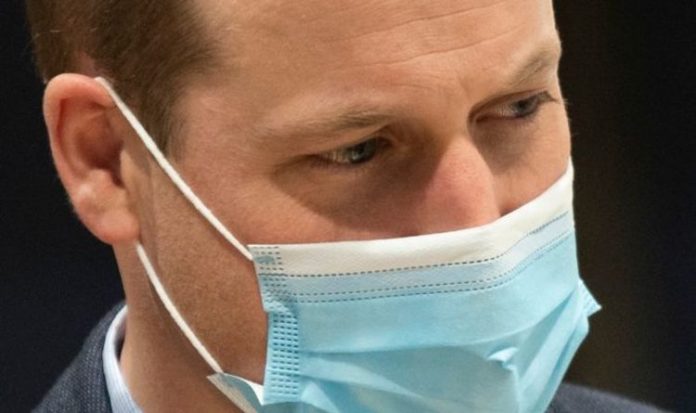 Prince William “looked a little bit tired” at his first solo public appearance since the third national lockdown started, according to a royal commentator. The Duke of Cambridge has been visiting a vaccine centre at the King’s Lynn Corn Exchange Royally Obsessed podcast hosts Roberta Fiorito and Rachel Bowie discussed the future king’s “draining time”.

“So he made a trip over there to see how progress was going.

“They’ve apparently done an exponentially large amount of vaccinations in that area so that’s really great.

“I just feel like it’s hard to see William with everything going on.”

READ MORE: Why Prince William will not automatically get Prince of Wales title

She continued: “To me, he looked a little bit tired.

“Obviously it’s hard when people are wearing masks and you’re only seeing above the eyes.

“But I think it’s just, from his point of view, been a really exhausting, draining time.

“Nevertheless it’s great to see him out at a real live appearance.”

Both the Queen and Philip have been administered their first doses of the coronavirus vaccine.

It was also confirmed that Prince Charles and Camilla, Duchess of Cornwall, have received theirs too.

Ms Bowie claimed that it would be necessary for William and Kate, Duchess of Cambridge, to notify the public of theirs too.

She told the podcast: “I think it would be so inspiring for younger people to see them get it, so I am looking forward to that.

“I thought he maybe would at this event, but no.”