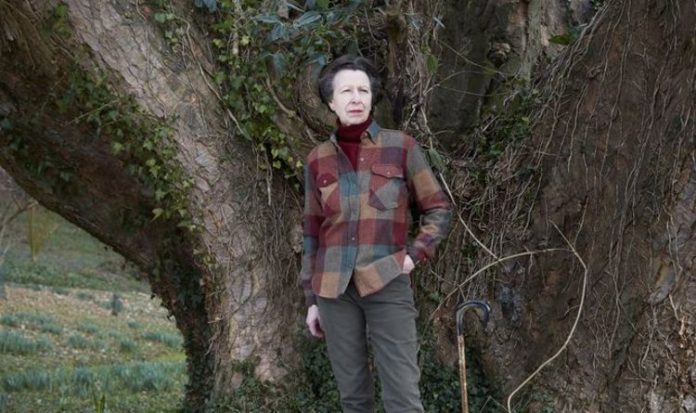 The Royal Family account also released three never-before-seen photos of the Princess Royal. The photos were taken by photographer John Swannell in February, and show Princess Anne at her home in Gloucestershire.

They were posted yesterday onto the Royal Family’s Instagram page for fans to see.

Comments on the pictures were soon filled with birthday well-wishers, several commenting on Princess Anne’s history of service.

One referred to her as “such a hard working member of the family and love the no-nonsense approach to life.”

Another referred to Princess Anne as “The Beacon of Service,” adding: “May her day be filled with joy, happiness and love.”

One Instagram user, who also sent birthday wishes, even claimed to have met the Princess Royal.

They said: “I met her earlier this year at a work event. Such a lovely lady.”

Other users responded simply with emojis and birthday wishes. One said on Friday evening: “Wonderful photos. Looking great for 70. Happy birthday for tomorrow.”

Another commented on the Princess Royal’s dress in one of the photos: “The green looks lovely on her.”

READ: Royal snap: The surprising similarity these royals share and what it means

He also took the official photos for her 40th, 50th and 60th birthdays.

In addition to the photographs, Princess Anne’s birthday was also celebrated by arms of the UK armed forces.

Senior royals often get promoted through military ranks as they get older.

They tweeted: “Happy Birthday to HRH The Princess Royal, who celebrates her 70th birthday tomorrow.”

The Ministry of Defence said of the Princess Royal’s military promotions: “This promotion on her 70th birthday recognises her invaluable contribution and commitment to the military.”

Speaking to ITV in a documentary released ahead of her birthday last month, Princess Anne spoke about home schooling during lockdown, calling it a “challenge”.

She also said lockdown has been “the longest time I’ve ever spent” at her Gatcombe Park residence.