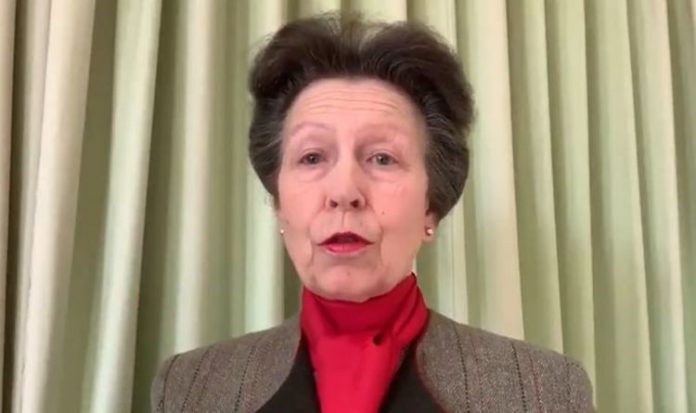 The Royal Family’s Twitter account shared a video of The Princess Royal paying tribute to UK apprentices. Princess Anne, 70, made the short statement to coincide with National Apprenticeship Week. Royal fans were quick to congratulate Anne for her work, with one person giving her the unofficial title of “the Practical Princess”.

Princess Anne said: “My message to those of you who have recently completed your apprenticeships is congratulations.

“Not only have you gained the skills your employer needs you to have but you have also acquired transferable skills that will help you throughout your life.

“For those apprentices who are still on their programme I hope you will be encouraged and even inspired by your predecessor’s successes.

“There are real rewards to be gained.”

The video was shared on the Royal Family’s Twitter account with the following caption: “As President of @cityandguilds, who work with employers and trainees to develop skills in the workplace, The Princess Royal has paid tribute to all apprentices who have been working hard throughout the pandemic.”

Royal fans were quick to heap praise on The Princess Royal for sharing the comments.

“No fuss, no nonsense just like Prince Philip. We don’t celebrate her enough x.”

JUST IN: Meghan Markle following ‘well-worn path’ into US politics

The new video of The Princess Royal shows her wearing a high neck red top and matching scarf with a brown blazer and pearl earrings.

She sat with a background of some cream curtains, revealing very little of her home.

This comes in contrast to a photo of Anne in her sitting room alongside her husband, Sir Timothy Laurence.

A picture of the couple sitting in their living room was shared on the Royal Family’s Instagram account, and showed the pair watching the Six Nations rugby game, which saw Scotland defeat England last Saturday.

Anne, a keen rugby fan, is the royal patron of Scottish Rugby.

The photo sparked a mixed reaction from royal fans with many praising the image for being “normal-looking” while others mocked it for being “claustrophobic”.

Another joked: “And I was worried about my clutter!”

A third added: “I feel a little claustrophobic just looking at all the stuff in their living room.”