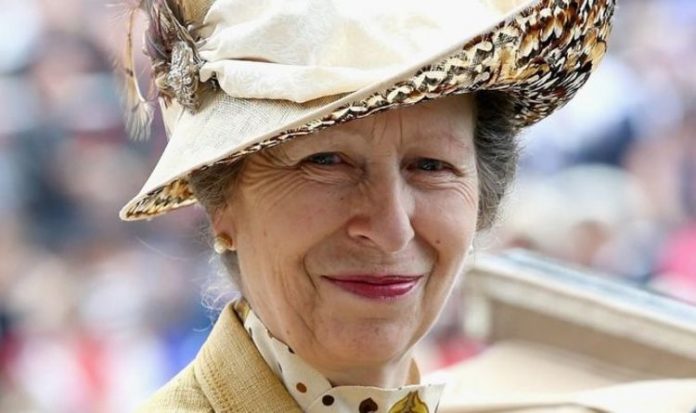 The Royal Family’s official Instagram account dedicated Thursday’s story to the Princess Royal’s 40s and 50s in the 1990s and 2000s. Her Royal Highness will be celebrating her 70th Birthday today.

Princess Anne has committed a lot of her attention to a vast amount of causes over the years.

Her work as the president of BAFTA and her different military appointments and ranks in the UK and commonwealth were highlighted on social media.

Princess Anne served as a patron for BAFTA for 30 years, and under its former title the Society of Television and Film Arts.

She awarded the first ever BAFTA after it was renamed.

The small church is located in the parish of Crathie, Aberdeenshire.

It is the same church the Royal Family worship at when staying at Balmoral Castle.

Princess Anne was photographed visiting soldiers in 1999 after receiving the cavalry regiment of the British Army.

She also took on the role of Commandant-in-chief of the First Aid Nursing Yeomanry which is an all-female volunteer unit.

It was founded in 1907 in order to give assistance to military and civil authorities in times of emergency.

The corps was renamed as the Princess Royal’s Volunteer Corps in 1999 after Her Royal Highness let them use her title.

A picture of the Queen and Princess Anne celebrating the centenary of the corps at Buckingham Palace in 2007 was posted by the Royal Family’s Instagram account.

The Princess Royal was also the first Royal Family member to meet troops who served in Afghanistan in 2006.

She greeted those from the British Army, Navy, Airforce and Marines.

Princess Anne also works as one of four Royal Family members who hosts investitures which awards honours or ranks.

A picture of her at one of the ceremonies in 2009 at Buckingham Palace was shared in celebration of the Princess Royal’s upcoming Birthday.

More pictures of Princess Anne are expected to be released on the Royal Family’s social media account today.