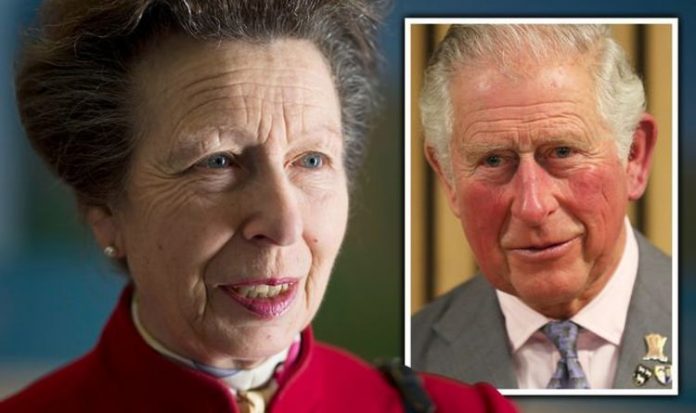 Princess Anne looks set to be one of the senior royals that will be axed from the Royal Family when Prince Charles becomes King, according to royal commentator, Richard Fitzwilliams. The expert spoke to Express.co.uk about what could be expected from the transition from the Queen to the Prince of Wales on the throne. He warned that Charles’s vision of a different monarchy could also have a severe impact on many British and Commonwealth charities.

“The Royal Family will evolve with Charles coming to the throne.

“As far the inner core, I think it’s perfectly clear that it’s going to be Charles and Camilla, and then William and Kate and their children and eventual spouses.

“It does tend to have the feel that certain royals who do a lot or who are quite a lot older will have to taken on different roles at that point.”

He continued: “Princess Anne in 70 now and she does a remarkable amount.

“No doubt she will want to continue, but who knows how that will play out?

“I would have thought that it was in everyone’s interests for royal patronages, where appropriate, to be around the same as they are.

“People ought to realise that the royals have some 3,000 patronages and do some 3,500 engagements.”

Mr Fitzwilliams went on to explain the benefits that a charity gets when they have a royal patronage.

He pointed to the element of the cachet that a royal link gives the charity.

This allows them to charge more if the royal appears at events.

Sometimes they are allowed access to palaces, which is gives them a respectability.

He insisted that the importance of patronages could not be underestimated.