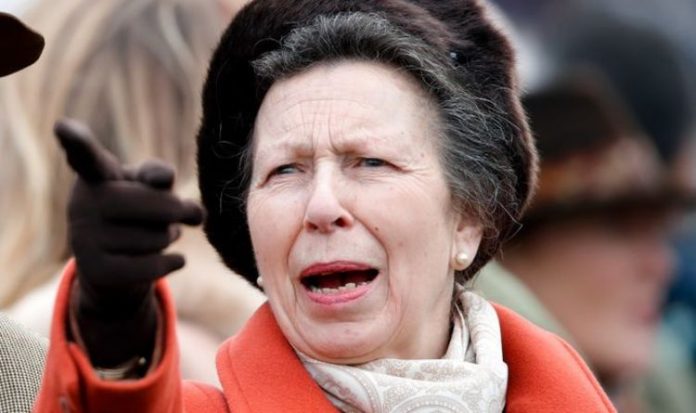 Princess Anne has been married to her second husband, Vice-Admiral Timothy Laurence, for over 28 years and the pair have been often tipped as one of the most successful matches in the Royal Family. But the Princess Royal had Palace aides struggling with a series of “unsuitable” boyfriends before the Queen’s only daughter finally settled down. Royal biographer Tom Quinn told the documentary ‘Princess Anne: The 7 Loves of Her Life’: “Princess Anne’s past is, to say the least, colourful.

“We know she had seven boyfriends, she was the first royal child to divorce, she married a commoner. She was just rebellious.

“Some of the boyfriends were considered incredibly unsuitable.”

Mr Quinn noted Anne’s romantic life had begun with a good fit in former cavalry officer Gerald Ward, whom the Royal Family had reportedly approved of because of his close links to Prince Charles.

He continued: “Anne felt she was being sort of pushed slightly, nudged towards this eminently suitable character and I think she was very young, he was much older. He was too tweedy.”

Royal expert Richard Kay added: “Gerald Ward was a friend of the Royal Family, a friend of Prince Charles.

“He was very much in that sort of action man genre Anne was instinctively drawn to. Good rider, good horseman.”

Mr Ward was however 12 years Princess Anne’s senior and their relationship fizzled out within months of the pair first being linked to each other in 1968.

As Captain Phillips, Vice-Admiral Laurence received no title from Her Majesty upon marrying Anne but was later made an aide-de-camp to the Queen.

The couple normally splits their time between Anne’s Gloucestershire home, Gatcombe Park, and apartments at St. James’s Palace in London.