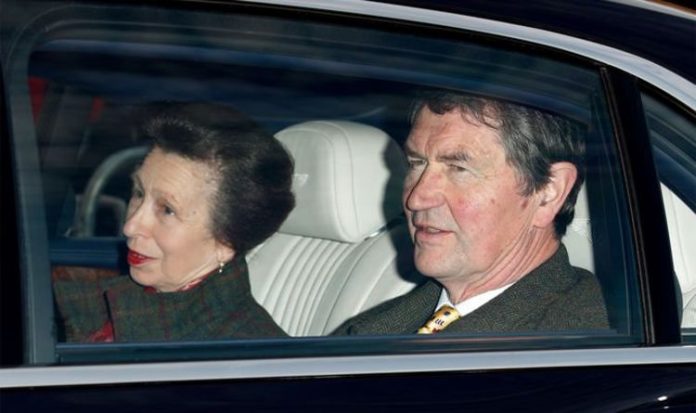 Captain Peter Phillips and the Princess Royal divorced on April 12, 1992, after it emerged the military official had an affair with New Zealand art teacher Heather Tonkin, with Sir Timothy and Anne marrying just months later. After 28 years of marriage, Sir Timothy shared how the royal households are “full of laughter” in an interview celebrating Anne’s 70th birthday.

He said: “One of the great surprises for me, when I first went to Balmoral and to Sandringham and Windsor was that these places are full of laughter.

“The common theme is humour, fun.”

He said: “It’s quite amusing that she married first an army officer and then a naval officer.

“So there must be something about the military that attracts her.”

The Vice Admiral retried from the Royal Navy in 2010, after 37 years of service.

Later in the programme, Sir Timothy hailed the similarities he and Anne share in their relationship.

“We both follow, with great enthusiasm, the Scottish rugby team… as you may have noticed they don’t always win.”

But the Vice Admiral also shared the couple’s biggest difference, adding: “She grew up with horses, horses have been part of her life, it’s not something I share with her.

“Sadly I’ve never been bitten by the horse bug.”

Peter Phillips, 43, and Zara Tindall, 39, also appeared on the ITV show about their mother, praising Anne and Sir Timothy’s relationship.

Peter said: “They both have an understanding of what being a part of the wider family means and what is required.

“He’s been a very strong support for her.”