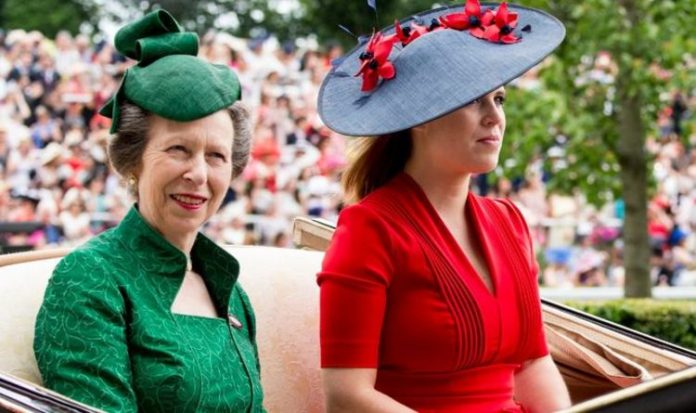 The birth of Princess Eugenie’s first child has raised questions about his potential royal title. According to tradition, British monarchy titles are passed down from the father’s side of the family, meaning the new baby would have none as Jack Brooksbank is titleless. However, any offer to rectify this is likely to be rejected, HeirPod host Omid Scobie has claimed, pointing to Princess Anne as evidence.

He told listeners: “A title may never come for this baby due to the age-old tradition.

“But we have seen in the past that the Queen does have the ability to offer titles.

“In Jack’s case, that would be an earldom, and that would make him an Earl.

“In that case, they could then give their children titles.”

Mr Scobie continued: “But I think we have seen a move away from this over the years.

“Princess Anne was very much the trailblazer of this.

“As the Queen’s only daughter, she, of course, married a man that didn’t have a title when she married her first husband, Captain Mark Phillips.

“They were offered a peerage by the Queen for him and they declined it.”

Anne has stated that she does not regret the decision.

The royal spoke candidly about it in a rare interview with Vanity Fair in 2020.