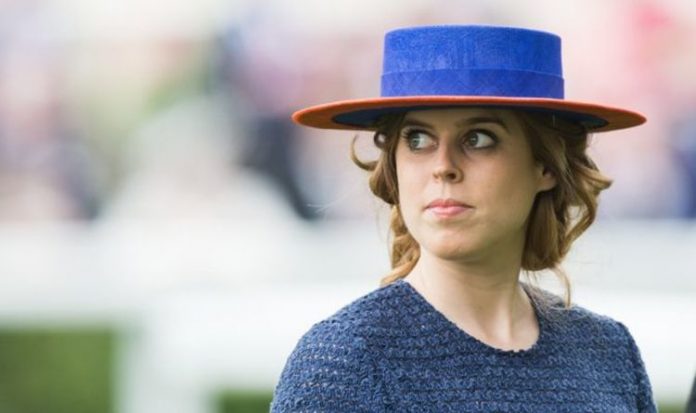 Princess Beatrice is the eldest daughter of Prince Andrew, Duke of York, and Sarah Ferguson, Duchess of York, and the sister of Princess Eugenie. Beatrice made headlines in recent months after tying the knot in a secret ceremony to her millionaire property developer husband, Edoardo Mapelli Mozzi, during the lockdown. Beatrice already had to massively slimline her wedding ceremony due to the pandemic, and will be devastated to be forced to miss out on yet another special occasion.

Beatrice’s younger sister, Eugenie, also made headlines after announcing she and husband Jack Brooksbank were expecting their first child.

The official announcement from the Palace read: “Her Royal Highness Princess Eugenie and Mr Jack Brooksbank are very pleased to announce that they are expecting a baby in early 2021.

“The Duke of York and Sarah, Duchess of York, Mr and Mrs George Brooksbank, The Queen and the Duke of Edinburgh are delighted with the news.”

But, the occasion may not be as happy for Beatrice and Eugenie as initially expected after London was recently placed into tier 2 lockdown restrictions – meaning households can’t mix in an indoor setting.

This is bound to come as a blow for Beatrice and Eugenie, who will undoubtedly have been looking forward to planning for the baby’s arrival together.

Eugenie and Jack, who recently celebrated their second wedding anniversary, are currently living in their Kensington Palace cottage.

Beatrice’s apartment at St James’s Palace is just a short drive from Eugenie’s three-bedroom home on the Palace grounds.

The new rules mean the royal siblings and their parents won’t be able to see each other indoors and enjoy traditional pregnancy milestones, like a baby shower.

Eugenie’s baby, however, won’t have a royal title or be able to use the HRH styling.

Royal Editor Emily Nash explained: “As things stand, Princess Eugenie’s baby will not have a title, or us the HRH style, because these are passed down the male line and Jack does not have a title.

“The Queen could change this, but only by giving Jack a title of his own or changing the rules on inheriting titles by issuing Letters Patent.

“He or she will be known as Master or Miss Brooksbank, similar to most other great-grandchildren of the Queen, such as Savannah and Isla Phillips, Mia and Lena Tindall and Archie Mountbatten-Windsor.”

Princess Eugenie’s baby will be the ninth great-grandchild of the Queen and Prince Philip.