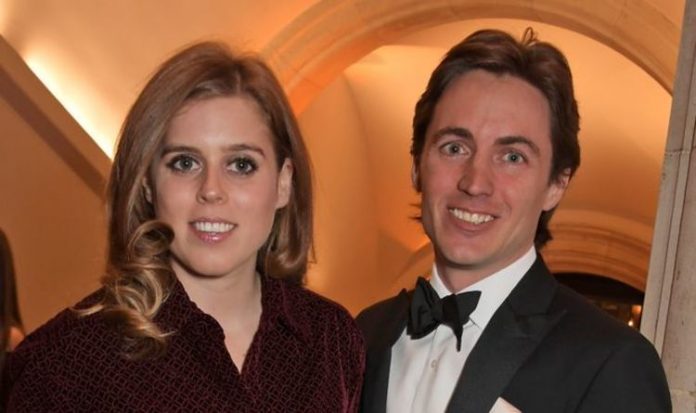 Speaking on the Royally Obsessed podcast, royal experts Roberta Fiorito and Rachel Bowie discussed Princess Beatrice and Edoardo Mapelli Mozzi’s honeymoon plans. As Fiorito wondered where the newly wedded royal couple would be spending their honeymoon, Bowie claimed they were already honeymooning in the south of France but that a bigger honeymoon was planned for the end of the month.

She said: “I’m wondering if they’re still on their low-key honeymoon in the south of France.

“Because they were there last week or the week before.

“But we heard from sources that they would be going to a bigger, more luxurious, large-scale honeymoon later this month.

“Later in August. So I’m wondering if they’re on that yet or if they’re in the middle or whatever it is.

“It sounds like it might be at the end of August so that’s really exciting and I hope that there’s some news about this bigger honeymoon.”

The couple got married in a small ceremony last month. The wedding was held on July 17 at Windsor’s All Saints Chapel with the Queen and Prince Philip among the attendees.

They were originally due to get married in May but had to postpone the occasion because of the coronavirus pandemic.

A statement read: “The private wedding ceremony of Princess Beatrice and Mr Edoardo Mapelli Mozzi took place at 11am on Friday, July 17 at The Royal Chapel of All Saints at Royal Lodge, Windsor.

“The small ceremony was attended by the Queen, the Duke of Edinburgh and close family.

Speaking on a previous episode of the Royally Obsessed podcast, Fiorito said: “I was going to mention that there is a great article in the Telegraph which is worth reading about the role that Fergie played.

“She was apparently the brains behind the reception and was given the task of having two weeks to pull the whole thing together.

“She was like ‘let’s get a bouncy castle, let’s get a jukebox, let’s get a dartboard’ and she had this whole bohemian vibe that she wanted to pull off.

“Apparently, she is just unstoppable, that is what the article presents her as.”