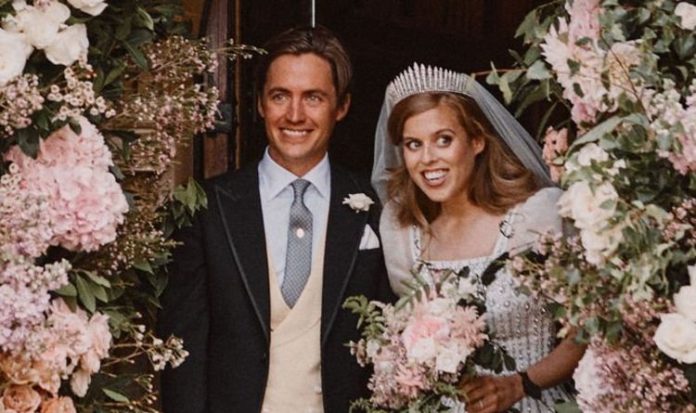 In a rare tweet Princess Beatrice wrote: “Thank you to everyone who has sent in and tweeted their best wishes for our special day in July. Edo and I are so excited to embark on this new chapter together.” The Queen’s granddaughter, 32, rarely uses her public Twitter account – her last post announced her engagement to to Edo in September last year – so royal fans were surprised again when Beatrice post a second message today.

The daughter of Prince Andrew and Sarah, the Duchess of York, gushed about how it was an “honour” to wear a dress from the Queen, which Her Majesty loaned to her for the special day as well as a tiara.

Sharing a picture of her wedding dress on display in Windsor Castle, the Princess wrote: “It was an honour to wear my grandmother’s beautiful dress on my wedding day, I hope many of you are able to visit the exhibition which is still open at Windsor Castle.”