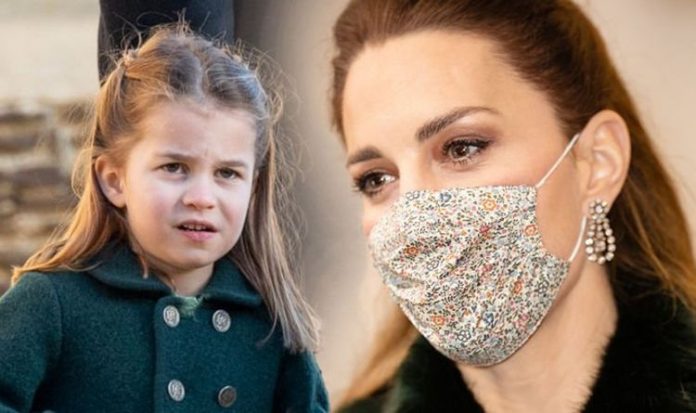 During a recent video call, the Duchess of Cambridge twirled her ponytail as she discussed the impact of the pandemic on education with teachers from across the UK. Princess Charlotte was also spotted twirling her ponytail during her first day of school in September 2019. Access gushed over the similarity, labelling it a “mummy-daughter” moment.

“The Duchess of Cambridge recently had a video call with teachers about home-schooling during the COVID-19 pandemic.

“During the chat, Kate twirled her ponytail and her five-year-old daughter appears to share the same adorable habit.

“The mini Princess twirled her hair on her first day of school back in September 2019 as she walked alongside Kate, Prince William and Prince George.

“Fans shared the mummy-daughter moment playing with their hair side by side.

“They have clearly picked up on the same querk.”

In December 2020, Princess Charlotte sent royal fans into a frenzy when an adorable moment with her father was caught on camera.

Princess Charlotte let go of Prince William’s hand as the young royal showed off how much she has grown during a family visit with her siblings.

The Cambridges watched the performance from the royal box at the London Palladium.