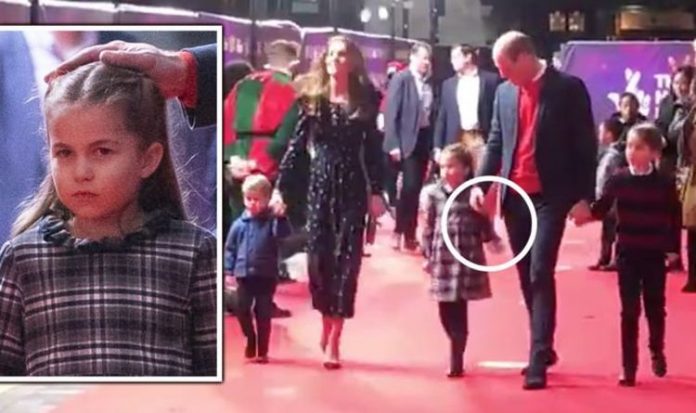 The Duke and Duchess of Cambridge took their three children to the London Palladium for a special Christmas pantomime. Princess Charlotte chose not to hold her father’s hand as she walked the red carpet.

The cute moment caught the attention of a number of royal commentators who took to social media to discuss it.

As the Cambridge family arrived they were greeted by jogglers and elves from the London Palliduim.

“William also getting into the festive spirit in the red jumper.”

Prince Louis sat on his mother’s lap as his father gave a speech paying tribute to key workers.

The pantomime audience was made of teachers, refuse collectors, transport workers, delivery drivers and NHS staff.

The Cambridges watched the performance from the royal box at the London Palladium.