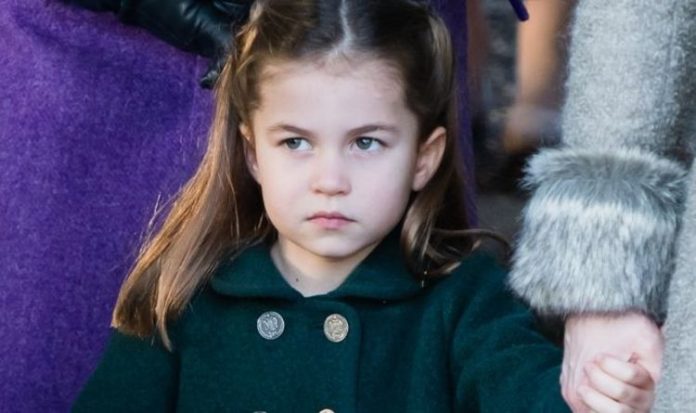 Princess Charlotte’s birth in 2015 placed her fourth in line to become the British monarch. Although this will most likely never happen without a “tragic” outcome to those before her, her role is still significant in the Royal Family. True Royalty TV commentator Glynis Barber discussed how the young royal is being trained for this on a special about ‘Spare Heirs’.

She told viewers: “Charlotte’s position in the Royal Family is unique in more ways than one.

“Her grandfather, Prince Charles, will one day become king.

“Her father will also become king, as will her brother, George.”

Ms Barber continued: “But she, unless something tragic happens to all of them, will always be a princess.

“Her official position puts her fourth in line to the throne.

“But that doesn’t mean Charlotte will be able to live a normal life, free from the burdens of royal duties and cameras.

However the position was thrust upon her following a royal crisis.

Her uncle, Edward VIII, became king of the United Kingdom in 1936 but ruled for less than a year.

He abdicated the throne in order to marry his American lover, Wallis Simpson, thereafter taking the title Duke of Windsor.

This led to the succession of King George VI, the Queen’s father and the ‘spare heir’.

The Queen herself ascended to the throne in June 1953.