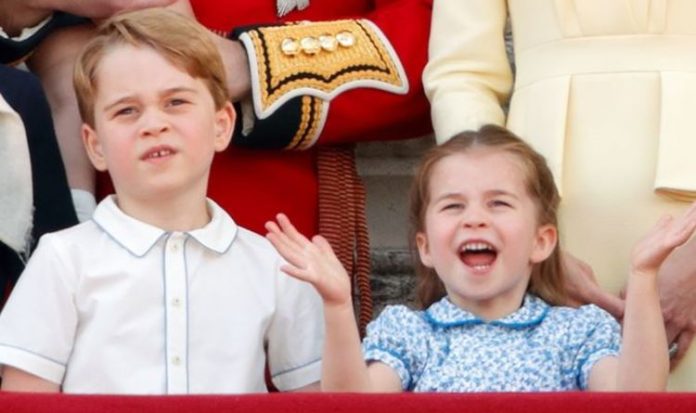 The Palace called an important meeting before Princess Charlotte’s birth to figure out a battle plan, a royal photographer has revealed. Tim Rooke, Shutterstock’s official photographer for the Royal Family, spoke to Express.co.uk about his over 25 years of experience in capturing members of the monarchy. He gave insight into the “real sense of chaos” that had surrounded Prince George’s birth in 2013.

Mr Rooke told Express.co.uk: “I’ve been at the birth of more than five British royal babies, as well as births of royal family members in Denmark and Spain.

“My first time photographing a royal baby reveal outside of the hospital was the birth of Prince George.

“There was a real sense of chaos around this birth with it being the first child from either William or Harry.

“Everyone was very excited by it, and people camped outside the hospital for weeks.”

He continued: “Ahead of Princess Charlotte’s birth, there was a meeting with the Palace.

“They wanted to work out the best way to photograph it, and where everyone should stand.

“To avoid the chaos from Prince George’s birth, we weren’t allowed up to the hospital until Kate had been admitted.

“When it was time, we were given a numbered spot outside the hospital drawn out of a hat and allocated to us.”

George is two years older than his sister, and third in the line of succession.

Kate has posed outside the maternity ward for all of her children after delivery.

William’s mother, Diana, Princess of Wales, gave birth to him in the Lindo Wing.

This made the Duke of Cambridge the first heir-apparent to be born in a hospital.