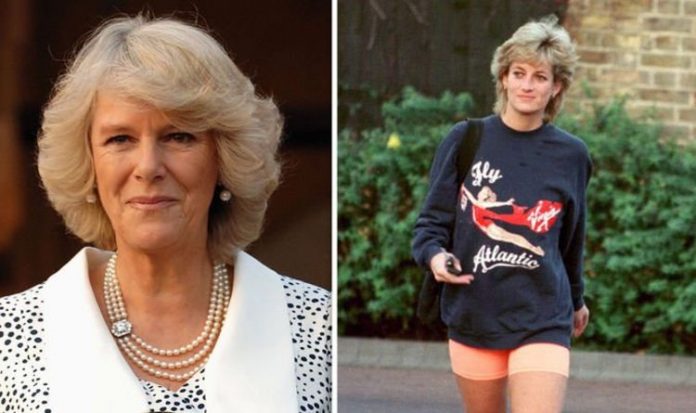 The heir to the throne’s chaotic marriage to Diana has been dramatically thrown back into the spotlight thanks to Netflix’s dramatisation, The Crown. Charles’ friends have reportedly called it “trolling on a Hollywood budget” and Clarence House is said to be concerned about the backlash, particularly the criticism directed towards Camilla. And while Diana was also involved in extramarital affairs during the marriage, she is said to have had a horrific nickname for Camilla.

Simone Simmons, a well-known friend of the Princess of Wales, claimed Diana called Camilla “the Rottweiler” because “once she has got her teeth into someone she won’t let go”.

Writing in ‘Diana: The Last Word’, Ms Simmons explains: “She tackled Charles about the relationship but never got a proper answer.

“He didn’t deny being with Camilla and he didn’t lie.

“Instead, he became tongue-tied and refused to reply to her questions.

“It was a childish way of dealing with the situation.

“But then neither Charles nor Diana were being very grown up about things.”

Diana married Charles in 1981 and initially all appeared to be going well.

But after the birth of Prince Harry in 1984, Charles later reflected that the marriage had “irretrievably broken down”.

It is then that he rekindled his romance with Camilla.

Charles and Diana separated in 1992 and formalised their divorce in 1996, after the Princess of Wales’ dramatic BBC Panorama interview.

Mr Hodgson was not a fan of The Crown and lamented its depiction of the heir to the throne.

He told Express.co.uk: “Charles is not perfect by any stretch of the imagination.

“[But] he’s just not the person created by Diana, and has been made out to be even more of a stupid caricature in The Crown.”

Mr Hodgson claimed the show was a “wilful character assassination” based on Andrew Morton’s book, ‘Diana — Her True Story’, a biography built on secret interviews with the Princess of Wales.

Mr Hodgson continued: “He’s just not that person at all, if you ever met him, you’d know within two seconds he’s not vaguely like that.”

The drama’s creator, Peter Morgan, has repeatedly claimed he built up the narrative and used creative licence with the storylines.

Josh O’Connor, who plays Charles in season three and four of the drama, agrees.

He told The Guardian that The Crown’s creator advised him to play Charles as Walter White — the chemistry teacher turned drug lord from the drama series, Breaking Bad.

He said: “In season three our job was to make people feel sorry for him, so that in season four, when he turns into this at times monstrous character, we understand how he got there.”

Nevertheless, he regretted how “Charles never really had a chance to explain in his own words why his marriage to Diana was a mess” during the drama.

Simone Simmons’ ‘Diana: The Last Word’ was reprinted in 2007 by St Martin’s Press. It is available here.