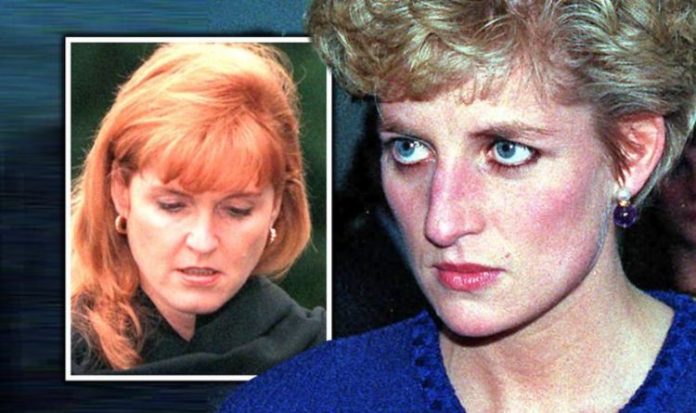 Princess Diana and Sarah Ferguson, the Duchess of York, were very competitive regarding their charitable causes, despite being friends. In Channel 5’s royal documentary Fergie Vs Diana: Royal Wives at War, royal experts discussed the complex nature of their relationship. Royal commentator Ingrid Seward noted there was a particular row that left Fergie feeling distraught and Princess Diana furious.

Ms Seward said: “Sarah Ferguson says in her book that she actually did some AIDS charity work.

“It was a one-off and it was for a friend but Diana was furious.

“Princess Diana said, that is mine, don’t interfere which is very typical of Diana.

“Fergie was quite distraught as she had only done it to help a friend.

Royal commentator Kate Nicholl noted that this highlighted Diana’s awareness of the power of her position.

Ms Nicholl said: “Diana earned a reputation for being manipulative.

“This is because she was aware of her star power, she used it to her advantage.

“Princess Diana would play tabloids off against each other and when things got really bad in the war between her and Prince Charles, she would use the newspapers to fight her corner.”

“I think this was probably something Sarah was too scared to do.”

Fergie did attempt to make the monarchy more lighthearted and fun throughout her years as a working member.

However, both her and Princess Diana were cautioned for going a step too far on numerous occasions.