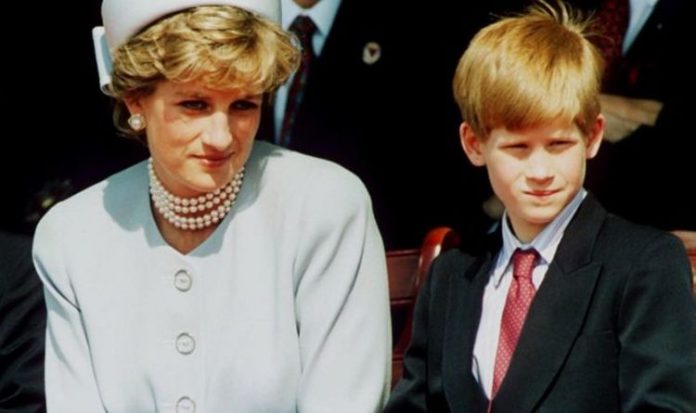 A new musical about Diana, Princess of Wales, that was set to open on Broadway in March will now be streamed on Netflix. However, the stage show has sparked a furious backlash from people who are concerned that it could be disrespectful to the late royal. Good Morning Britain host Adil Ray and Dickie Arbiter, former Press Secretary for the Queen, discussed how Prince Harry would cope with the release considering the turmoil in his life at the moment.

Mr Ray said: “Harry in particular was such a young lad when his mother passed away.

“We all remember those images where he had to walk behind the casket in front of the whole nation.

“Over the years he’s talked about his mental health issues. He’s going through a really tough time at the moment seeing how the press is treating his wife. He’s almost reliving that.

“To get a feeling that people may well be looking at his life, his mother’s life, in the form of a musical, could be really difficult for him to take.”

Mr Arbiter offered further insight: “Well they went through it before in 2013 with Diana the Movie with Naomi Watts.

“At the end of the day, you’ve got to look at it for what it is, it’s entertainment.

“It’ll appeal to some people, it won’t appeal to others.”

The musical premiere was postponed due to the coronavirus outbreak.

The new official opening will be in May 2021.

However, the show will be filmed without an audience and shown on Netflix prior in early 2021.

Broadway theatres are to remain officially closed until next year.

Producers have assured that they are working with the Actors’ Equity Association to ensure safety protocols are followed.