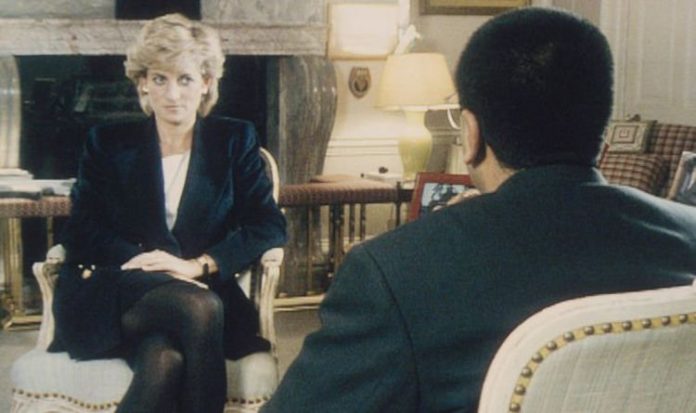 Tim Davie, the director-general of the BBC, wrote the apology to Charles, 9th Earl Spencer, last week. The news was welcomed by royal commentator Richard Fitzwilliams, who noted it has taken a quarter of a century for the publicly-funded broadcaster to issue this private apology.

“The use of fake bank statements by Martin Bashir to obtain the famous/infamous Panorama interview with Diana was absolutely scandalous.

“It is bizarre that this apology has taken 25 years!!”

Last month, the BBC admitted for the first time Mr Bashir had shown Earl Spencer bank statements created by one of the corporation’s graphic designers upon approaching him in a bid to get an interview with the late Princess of Wales.

This revelation appears to be in contrast with the internal investigation conducted by the BBC in 1996 on Mr Bashir’s behaviour.

The probe concluded the journalist didn’t use fake documents to secure the bombshell interview.

Earl Spencer took notes of his meetings with Mr Bashir, according to sources who spoke to day Times.

Princess Diana famously said there were ‘three people’ in her marriage during the Panorama interview (Image: GETTY)

Princess Diana’s brother, they also claimed, has gathered a dossier of evidence containing “the most unbelievable stuff”, including claims the MI6 had tapped his sister’s phone.

Mr Bashir and Earl Spencer met in August and September 1995 at the Spencers’ family estate in Northamptonshire, Althorp.

The journalist allegedly told Diana’s brother the Princess was under the surveillance of security services and that high-profile figures in royal circles were spying on her, the Times wrote.

The BBC told the Sunday Times: “Suggesting that mocked-up documents were genuine was wrong then and it’s wrong now; the BBC of today is happy to apologise for this.

“The BBC’s editorial processes are now even tougher and this would not happen today.

“We are open as we can be about events from a quarter of a century ago.

“However, with Martin Bashir seriously unwell and the programme editor having died, the BBC’s records from the time are our best, and often only, source of information, especially about the timeline of events.

“These records show the focus of the BBC’s investigations into these events was whether or not the Princess of Wales had been misled, and they show that the BBC’s key piece of information was the written statement from the Princess of Wales, who said she hadn’t seen the mocked-up documents and they had played no part in her decision to take part in the interview.

“None of this means the BBC won’t look at issues raised and if anyone has substantial new information they would like to share with us, we encourage them to do so – we have not been offered nor received a ‘dossier’ from anyone.

“While Martin is unwell, however, we are unable to progress this further.”

A BBC spokesperson told the Telegraph: “We would never comment on or confirm private correspondence.”

The Panorama interview aired in 1995 is believed to have pushed the Queen to demand his son and heir to get a divorce from Diana.

During the interview, the late princess famously said there were three people in her marriage, opened up on her own extra-marital relationship and even discussed whether Prince Charles would be fit to be King.