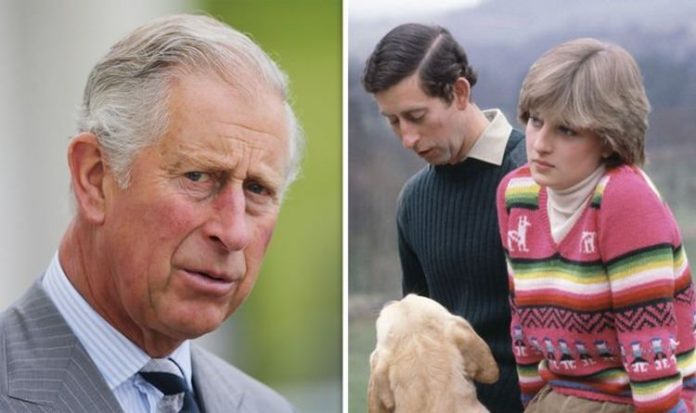 Diana and Charles were a famously mismatched pair who struggled to get along, even at the beginning of their marriage, an expert has claimed. They wed after dating for just a few months. Initially, Lady Diana Spencer appeared to be the perfect match for Charles. Yet, their wildly different interests meant the fractures in their relationship showed very early on.

Diana resented Balmoral Castle, the royal estate in Scotland, throughout their relationship.

The castle had been in the Firm ever since Prince Albert bought it for Queen Victoria in 1852, and the royals tend to migrate there every summer.

Charles’ love for the vast Scottish property began in his childhood, when he would travel with his family up to Aberdeenshire with his parents.

Writing in his 2007 biography, ‘Charles — The Man Who Will Be King’, Howard Hodgson, explained: “He quickly came to love this intimacy with nature, something a city dweller might find impossible, as Diana later did, to understand as being anything other than solitude and boring loneliness.”

Mr Hodgson claimed that it was here that Charles “was most happy”, and like his ancestor Queen Victoria, he found it “almost impossible to tear himself away from that place”.

Unsurprisingly, the Prince of Wales chose to spend his honeymoon in 1981 with Diana in Scotland.

Yet, the Princess of Wales hated it from the very start.

Royal commentator Ingrid Seward recalled in the 2019 documentary, ‘Charles and Di: The Truth about their Marriage’ that she “hated the countryside, hated her family’s passion for horses and dogs, hated the rain that fell mercilessly”.

“The first couple of days I’m frightfully chirpy when I get up there and everything’s wonderful.

“By the third day, they’re sapping me again.

“There are so many negative atmospheres. That house sucks one dry.”

However, she soon found a way of coping.

Diana told Mr Morton: “But I come back down to London to see someone and I’ll go back the same day.

“And it will be like an injection, a replenishment coming into my set-up.

“I say to myself: ‘I am normal, it’s okay to be me, it’s all right, you’re going back to work soon, going to be back in your own home; you go back up there again and try and perform’.”

Yet, the Princess added: “It’s exhausting.”

Charles — The Man Who Will Be King’ by Howard Hodgson was published by John Blake in 2007 and is available here.