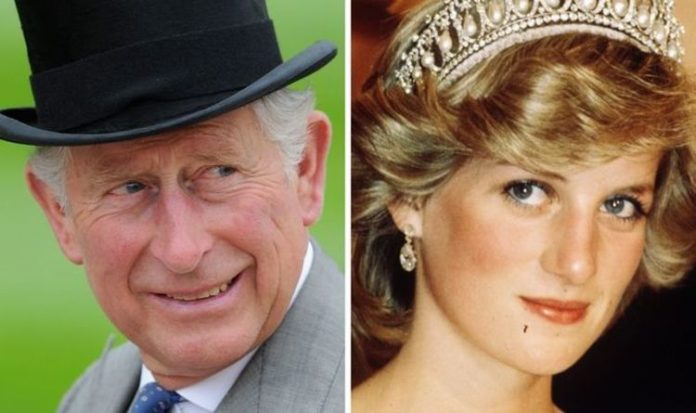 The Princess of Wales has remained firmly in the spotlight since her tragic death in a Parisian car crash 23 years ago. Her life was heavily scrutinised, as she took her place with the Royal Family by marrying Prince Charles, and having two children, Prince William and Prince Harry. Throughout her relationship with Charles, allegations of infidelity plagued them, with the Prince of Wales eventually admitting to being unfaithful to Diana live on TV.

Many observers say Diana had difficulty coping with her newfound fame after she joined the Firm in 1981.

These issues particularly arose over Christmas, author Ingrid Seward wrote in 2000’s The Queen and Di: The Untold Story.

She detailed how Diana felt “isolated” while the Royal Family performed their numerous Christmas traditions and rituals.

After the Royal Family opened their presents, the downward spiral began for the young royal.

Ms Seward said: “There were other obstacles to overcome and Diana balked at every one.

“Fitting in with the Christmas rituals of someone else’s family is a trial for many newlyweds – and no family comes with such a complete set of customs as the Windsors.

“She felt, she said, ‘an outsider’ terrified and ‘so disappointed’.”

JUST IN: Margaret only royal who could wiggle out of royal Christmas tradition

Writing in his 1992 book Diana: Her True Story, Mr Morton explained that Diana had asked the Royal Family if they would be relevant in a federal Europe.

Mr Morton wrote: “The Queen, Prince Charles and the rest of the Royal Family looked at her as if she were mad and continued with their debate on who shot the last pheasant of the day, a discussion which occupied the rest of the evening.

“As a friend says: ‘She finds the monarchy claustrophobic and completely outdated with no relevance to today’s life and problems.

“She feels that it is a crumbling institution and believes that the family won’t know what has hit it in a few years’ time unless it changes too’.”

Diana separated from Charles in 1996 following 15 years of marriage, a year after her BBC Panorama interview with Martin Bashir.

During her time as a member of the Royal Family, Diana became one of the most recognisable and popular faces in the world.

In the aftermath of their split, Diana would continue to maintain that she still loved Charles, once confiding in royal photographer Kent Gavin.

During the 2013 Amazon Prime documentary ‘Royalty Close Up; The Photography of Kent Gavin’, the former Daily Mirror photographer detailed the moment she opened up to him about Charles.

He recalled: “She said to me after all the rumours of the marriage and everything, she said on a flight somewhere: ‘Kent, you won’t believe it, but I still love him.’

“Just came out with it, not sponsored, she just said it.”