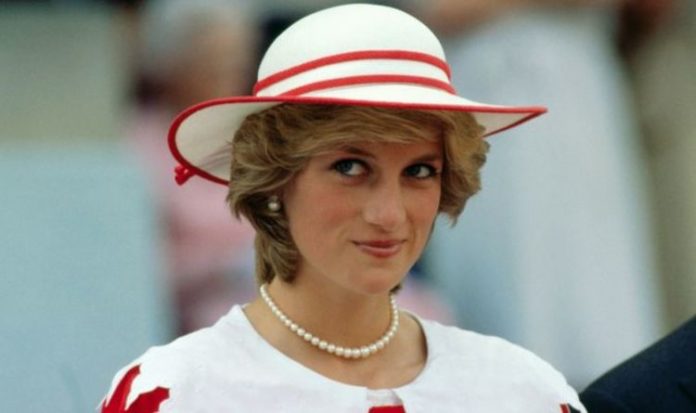 Charles Spencer shared an image of Frances Shand Kydd on Instagram on Wednesday to mark what would have been her 85th birthday. The framed portrait is on display in the library at their childhood home Althorp House.

Royal fans were quick to point out the resemblance between Diana, who died in a Paris car crash in 1997, and her mother.

One Instagram user wrote: “Who Princess Diana inherited her fine boned beauty from, you can see the resemblance. Gorgeous lady.”

Another said: “Such a beauty… very resembled to Diana.”

A third commented: “Beautiful, I can see where Diana got her stunning looks from.”

Another commented: “Resemblance to Diana is amazing gentle features.”

One more added: “She bears a very strong resemblance to her late daughter (Diana, Princess of Wales). Two stunning women – the resemblance is so strong.”

“This portrait is to be found in the Library at @althorphouse.”

The image – which is in a gold frame – shows Frances, who has blonde hair styled just like Diana’s, looking to her right.

She divorced John Spencer in 1969 and went on to marry Peter Shand Kydd.

Diana is said to have had a complication relationship with her mother.

Earl Spencer previously told the Sunday Times she “wasn’t cut out for maternity”.

Althorp in Northampton has been the Spencer family home for 19 generations since 1508.

The residence is set in 550 acres and boasts 90 rooms.