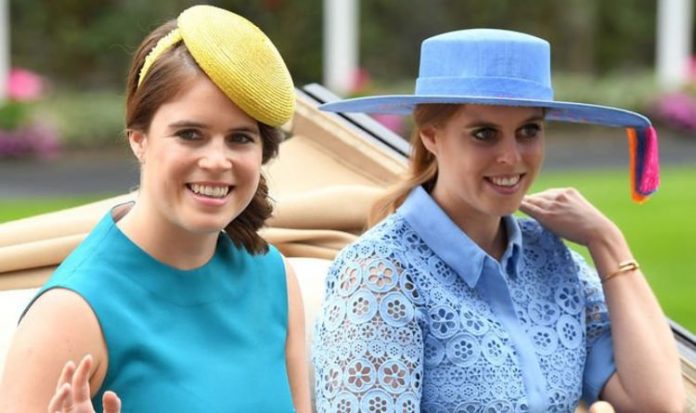 Princess Eugene, 30, and Princess Beatrice, 32, may not be working royals but the sisters still carry considerable clout in terms of their status. Eugenie’s spectacular royal wedding was state-funded in 2018 and while Beatrice’s big day was was more low-key it was still attended by Queen Elizabeth II, 94, and Prince Philip, 99.

Eugenie and Beatrice are daughters of the Queen’s second son Prince Andrew and his ex-wife Sarah Ferguson.

The York sisters have been regulars at big royal events over the years and have often delighted fans with their outlandish outfits.

While Eugenie and Beatrice both work for a living they both have HRH (Her Royal Highness) styles and Princess titles.

Another key royal status symbol both Beatrice and Eugenie possess is their very own coat of arms.

What does Beatrice’s coat of arms symbolise?

As with the Royal Arms of the United Kingdom, the first and fourth quarters are the arms of England, the second of Scotland, the third of Ireland.

The three bees in her arms continue the trend in royal heraldry which sees her use charges from her mother Sarah Ferguson’s line.

The use of bees can also be considered a pun on the name Beatrice.