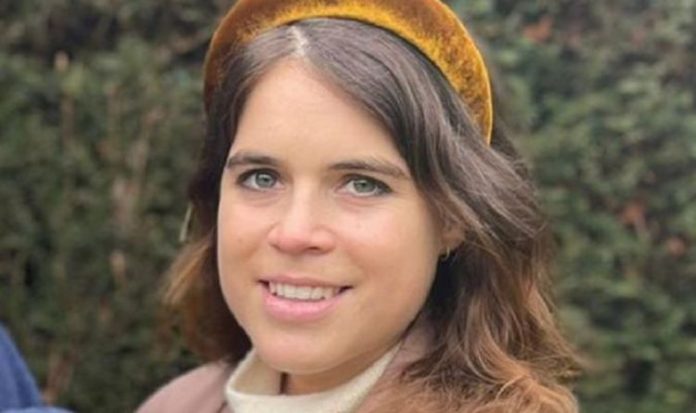 The “royal baby boom” has brought Princess Eugenie and Meghan Markle “very close” together, according to a PEOPLE magazine. The outlet reported that the Duchess of Sussex has “bonded” with Prince Harry’s cousin over their similarly timed pregnancies. Access Hollywood narrator Molly Mulshine explained the claims.

She told viewers: “Meghan Markle and Princess Eugenie have formed an even tighter bond over their royal baby boom.

“According to PEOPLE magazine, the two mums are ‘very close’ and have been in contact throughout their respective pregnancies.

“An insider said, ‘These times tend to bring families together.

“‘What is lovely is Eugenie having her baby as Harry and Meghan are having theirs.”

Ms Mulshine added: “‘They are very close and they are all deciding to go their own route’.”

The Duke and Duchess of Sussex announced they were expecting their second baby on Valentine’s Day.

This isn’t the first time that the couples have had overlapping reasons to celebrate.

Meghan and Harry reportedly shared the news of their first pregnancy with family and friends at Eugenie and Jack’s wedding in October 2018.

Eugenie also gave birth to her son in the same hospital that Meghan delivered Archie.

The Portland Hospital in London is where Eugenie was born in 1990.

Princess Margaret’s grandchildren were also all born at the Portland between 1996 and 2002.