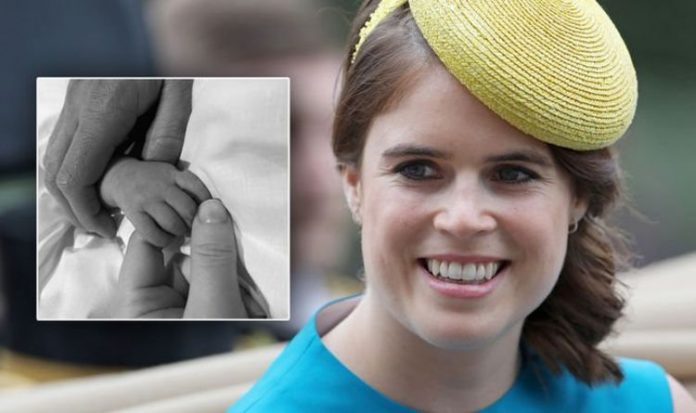 Princess Eugenie has given birth to her first child on Tuesday February 9, shortly before 9am. Both mother and son are both doing well and healthy, the Royal Family confirmed.

Princess Eugenie’s son weighed 8lbs and 1oz after he was born.

A Royal Family statement read: “Her Royal Highness Princess Eugenie was safely delivered of a son today, 9th February 2021, at 0855hrs at The Portland Hospital. Jack Brooksbank was present.