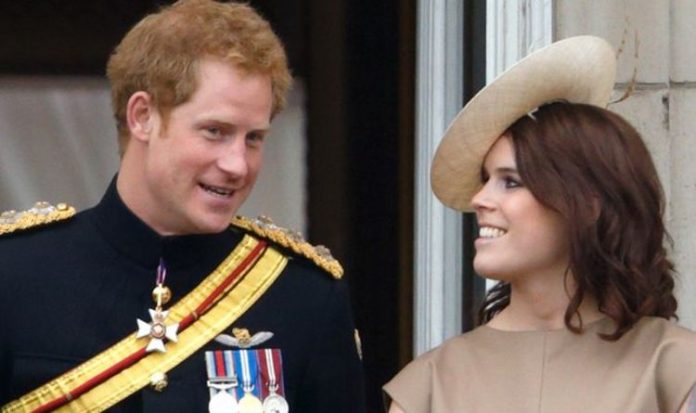 Prince Harry’s birth name has been picked as a top potential name for his cousin Princess Eugenie’s first child. The Queen’s granddaughter announced last year that she would be welcoming a baby in spring 2021. UK betting company Ladbrokes has now released an updated odds list for the name of the latest Royal Family addition.

“Elizabeth, the name of Eugenie’s grandmother, the Queen, sits at 10/1 odds.

She continued: “Ladbrokes traders have put those family names at slightly better odds than those of Eugenie’s parents, Sarah Ferguson and Prince Andrew.

“However, it cannot be ruled out that Eugenie goes for a more unexpected name.”

In Finding Freedom, the authors wrote: “Eugenie had always been more than just a cousin to Harry.

“They were also the closest of friends.

“Like Harry, Eugenie is loyal, honest, and great fun.

“The two had many nights out together in London.”