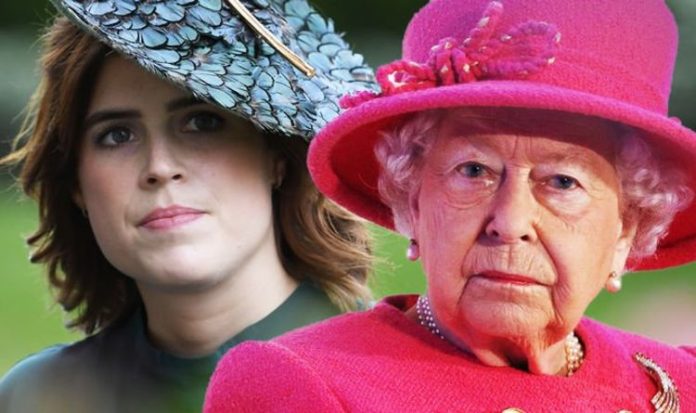 Princess Eugenie, 30, and husband Jack Brooksbank, 34, announced they are expecting a baby just a few weeks before their second wedding anniversary. The couple are likely to choose a private London hospital for the birth and bookmakers have already compiled a list of possible names for the infant – from Alice and Alexander to Victoria and Arthur. But royal commentators Rachel Bowie and Roberta Fiorito believe Eugenie will reject the Queen’s offer for a royal title.

Speaking on the Royally Obsessed podcast, Ms Fiorito said: “About the title for the baby, do we know if they’re going to give their title? HRH?”

Ms Bowie replied: “It doesn’t seem so. They’ve declined. The Queen offered Jack a title when they got married but he said no then.

“I feel like that trend is going to continue with the baby.

“The Queen could override it, they could change their mind. What do you think?”

“I think the trend now is to give these kids some privacy and not have a title.

“The christening wouldn’t be as public. They wouldn’t have to disclose information.

“They don’t have to adhere to protocols when there’s no title.”

Buckingham Palace said in a short statement: “Her Royal Highness Princess Eugenie and Mr Jack Brooksbank are very pleased to announce that they are expecting a baby in early 2021.

Mr Scobie added: “It’s part of the pandemic baby boom I would say.